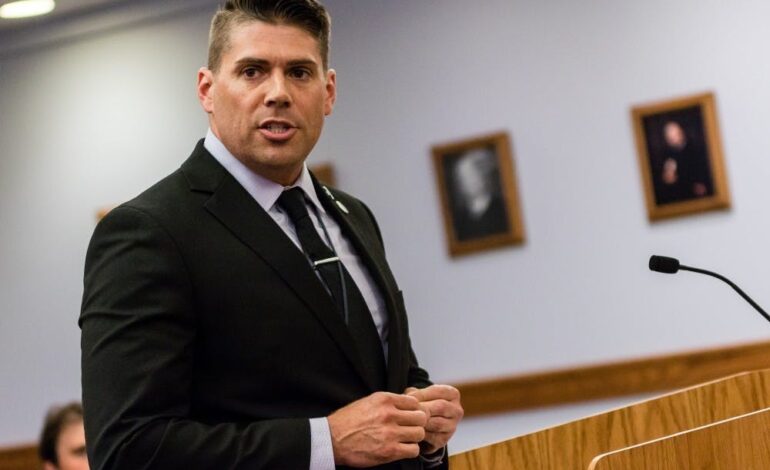 LANSING — A former assistant attorney general has pleaded no contest to two counts of willful neglect of duty by a public officer.

Brian Kolodziej resigned after admitting to a relationship with a victim in a rape case and was also the lead prosecutor on another controversial sex crimes case in September 2019.

Kolodziej was originally charged with two felonies, but pleaded guilty to the misdemeanors on Wednesday ahead of a preliminary exam next week.

Kolodziej was charged with misconduct in office that took place during his prosecution of Ian Elliott in 2019, whom he accused of raping Rachel Wilson on Aug. 31, 2016.

One of the charges brought against Kolodziej by the Kent County Prosecutor’s Office was that Kolodziej had an intimate sexual relationship with Wilson during the case.

The Michigan State Police investigated Kolodziej after he was forced to resign.

Attorney General Dana Nessel revealed at the time that Kolodziej had admitted to a relationship with a victim in a rape case from Isabella County and also launched an internal investigation.

Under the plea agreement, Kolodziej will agree to suspend his license to practice law for five years and he also faces a maximum penalty of one year in jail and/or a $1,000 fine.