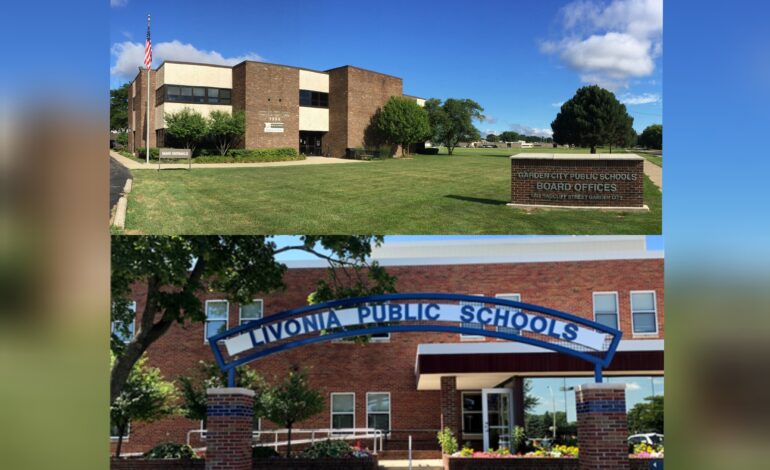 LIVONIA/GARDEN CITY — A teacher and vision specialist is accused of molesting two legally blind 8-year-old girls a year apart in 2018 and 2019.

According to a federal lawsuit filed this week, James Baird allegedly placed occluders — goggles that allow no light — over the eyes of two visually impaired girls and sexually assaulted them inside of their elementary school library.

The complaint, filed in the U.S. District Court in Detroit, said that Baird was a vision mobility specialist employed by Livonia Public Schools and on contract to provide services at Garden City schools in 2018 and 2019, when the assaults allegedly occurred.

Baird saw the 8-year-old victims at Douglas Elementary in Garden City up to twice a week for orientation and mobility lessons in a room in the library with no windows and a closed door, the suit said.

Baird allegedly fondled one of the students in the chest area according to the suit, which also details separate instances in which he allegedly placed the occluders on each child’s eyes.

The suit also said that both students told Baird that they were uncomfortable and when Baird removed the occluders, he was allegedly pulling up and zipping his pants.

In December 2019, one of the students told her mother about the incident, which was reported to the school and the district and Garden City police began investigating. Danica Petty, the mother of one of the victims. Photo: Clarence Tabb Jr./The Detroit News

The second child told her mother about the alleged assaults last December, which prompted Garden City police to investigate again.

While the Wayne County Prosecutor’s Office declined to file charges originally due to insufficient evidence, a spokeswoman for the prosecutor told different media outlets that the office is reviewing the matter.

The lawsuit also alleges that neither district notified families or the public that allegations of sexual assault were made and were under investigation.

The mothers of the children named Baird, the Garden City and Livonia School Districts, Superintendents Derek Fisher and Andrea Oquist, and the principal of Douglas Elementary, James Bohnwagner, as defendants in their lawsuit.

Stanley Szczotka, director of student services at Garden City Public Schools, told the Detroit News that the district is “aware of the news story and the allegations”, but was unable to comment “due to the sensitivity of the matter.”

Livonia Public Schools released a statement on the matter.

“The employee who is named in the allegations is currently on administrative leave and has been on leave for several months,” the statement said. “There will be no further comment from the district, as we are awaiting the results of the investigation currently being conducted by law enforcement.”

The mothers, Danice Petty and Gabrielle Washington, said they are hurt and disgusted by what happened to their daughters and that the incidents have changed them. “She loved to dress cute and she got to the point she didn’t want to anymore,” Washington said. “Her whole everything changed. She wanted to wear big T-shirts, big pants. Didn’t want anyone talking to her, she got very mean. She was never a mean kid. She wanted to be alone.”

Petty said she had trusted the district to take care of her child.

“For something like this to happen, I am lost for words,” she said. “Livonia Public Schools, you all need to be held accountable. Why did you all let that man back into your school system after my daughter’s allegations?”

“We don’t think this started at 40 something for this man,” Attorney Ven Johnson said. “He’s been doing it for a while, we believe that the evidence will absolutely show.”