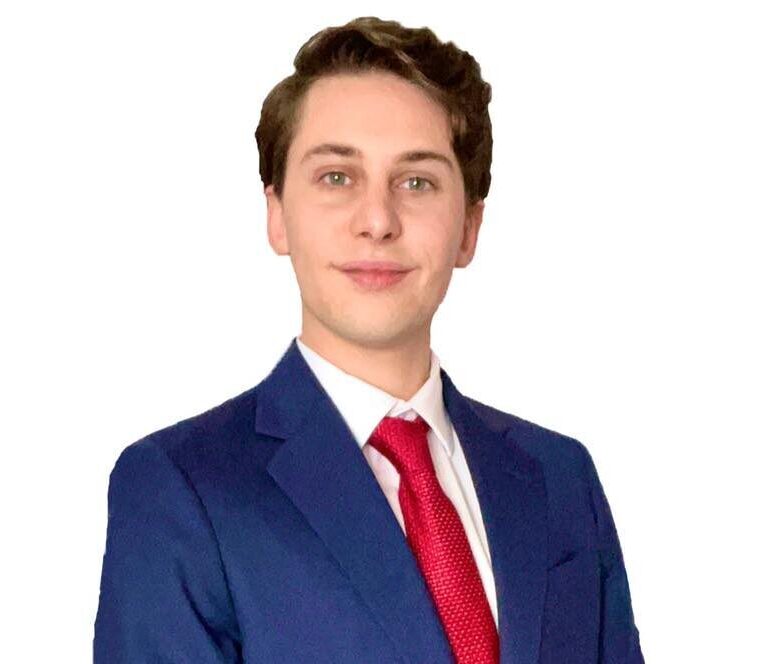 The protests were in response to the Israeli attacks on Palestine that killed 256 Palestinians, including 66 children, and injured 1,900.

Sam Ditzhazy, a resident of Taylor since 2014, told The Arab American News that the social media posts were misinterpreted.

“I have Jewish family and I had been seeing all of the craziness that had been happening on both sides and the tensions have been really inflamed recently,” he said. “The number of anti-Semitic attacks has gone up 47 percent across the world and that’s according to the Anti-Defamation League. I had been seeing Palestinian flags and all that going through my neighborhood and all around town. There are a lot of candidates that are running that have said that they’re going to be a voice for the Palestinian people and that they’re going to make that a priority and I have a Jewish family that is based out of Israel, so I decided to put a flag on my truck and show my support for my family and the people of Israel.” Ditzhazy, 22, also said that a lot of the issues stemmed from him driving through Dearborn.

“A couple weeks ago I was driving to a GOP meeting in Redford and passed through Dearborn on my way, and I keep my flags on my truck, and while I was driving through I had people trying to run me off the road, I had people swerving into my lane, screaming at me, and I was shocked,” he said. “So, I made a video about it and posted it on my Snapchat and it kind of went viral. And since then, my mother has been receiving death threats, my sister has been receiving death threats, I have been receiving them, I’ve been receiving anti-Semitic comments and anti-gay comments, which I’m not sure what that has to do with the situation. I have literally gotten messages where one calls me a ‘modern-day Hitler.’” Ditzhazy also said that it’s his right to fly whatever flag he wants.

“You can support any cause you want,” he said. “I don’t agree with everything that is going on with the situation in Palestine, but this is America, if you want to fly a Palestinian flag, you have every right to do that. And I was exercising my right to fly the flag that represents my family and my culture and I was straight up attacked for it. I don’t care what side of the issue you’re on, we should be able to disagree and display our messages and there not be any sort of violence. I worked for President Trump, so I’m used to handling criticism, I’m a big boy, I can handle it, but as soon as those actions cross over into road harassment and trying to cause an accident because you don’t like the flag that’s on someone’s car, that’s a completely different thing.”

Despite his social media posts referring to Palestinians as “terrorists” and Dearborn as “Dearborn-istan”, Ditzhazy said that he hasn’t only received negative feedback from Dearborn. “I was very disappointed to see the reaction,” he said. “I do want to be clear, though, not every message I received from Dearborn has been hateful or threatening and I’ve actually gotten some pretty nice offers from some of the business owners in Dearborn to come and have a conversation with them about this topic and I’m planning on following up with that as soon as this kind of dies down a little bit because I’ve had so many threats that it’s kind of hard to trust what’s a genuine invitation and what could possibly be a set up.”

Ditzhazy also said his comments were directed at extremists.

“People are trying to say I have some sort of blanket hatred for the Muslim community and that could not be further from the truth,” he said. “Not every Jewish person supports Israel and not every Muslim person supports Palestine and the comments I made were directed toward the extremists; it was in no way regarding the Muslim community as a whole and I’m very disappointed that it’s played out like this, as there are a lot more important issues that I feel like we could all be talking about that actually have a greater impact, rather than my Snapchat stories.” With his posts coming under criticism, Ditzhazy said he was angry when he posted the Snapchat video and used the wrong choice of words.

“I took the video right after people were trying to run me off of the road, so I was pretty angry as you can imagine,” he said. “Was it the best choice of words? Probably not. But at the same time, I’ve grown up in Taylor and we’ve been called ‘Taylor-Tucky’, we’ve been called ‘trailer trash’, ‘trailer Taylor’ for the longest time and no one has gotten death threats because of it. I wish things would have gone differently. But at the end of the day we are all adults and this is America and you can disagree with me all you want and you can hate what I said, but when it crosses the line into threatening people it’s unacceptable.”

Ditzhazy also said that he has no hatred for anyone.

“I believe that there are good people and bad people in this world and they come in every color and they come from every religion,” he said. “I do not have any hatred towards anyone just based on the color of their skin or who they pray to.”