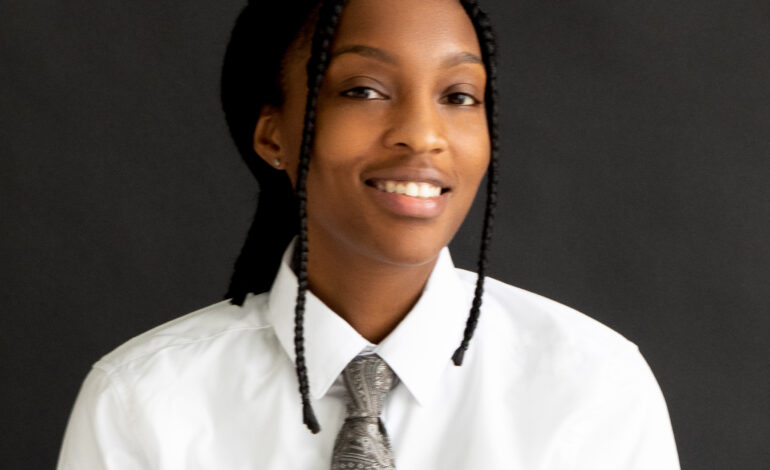 “I am an American soldier, Gulf War Veteran, former Guardsman and the mother of an awesome 6-year-old daughter,” she said. “I grew up in the Village of Norris, located in what is now considered northeast Detroit. My creative spirit led me to the City Hall lofts as a D.J., poet and fashion stylist. I am still very much a creative person, and I often dream of the city that we could transform into.”

I feel powerful. Taking this leap of faith will inspire young women around the world – Kalette Willis

Having served a decade in the Michigan National Guard, Willis said she is now pursuing a career of service in local government to inspire the next generations.

“Currently, I serve as the precinct delegate for our 18th voting precinct and I am passionate about making change and breaking barriers,” she said. “I decided to run for mayor to be a trailblazer. It’s time for the young people in the world to step up, organize and be the leaders of our community. I knew that if I didn’t run, the city wouldn’t have an option for real diversity, real progress and real justice. I’m running to finally bring an end to the pollution in the south and east ends of Dearborn. I’m running to change the narrative of racism within this city. I’m running because we honestly haven’t really had too many quality politicians to represent the people and stand up against injustices.”

Willis said her faith also inspired her decision to run for mayor.

“I also chose to run due to my faith,” she said. “I practice Islam and within the law of that religion, I interpreted it as one should seek to fight for freedom, justice and equality for everyone, and work toward a true representative government.”

If elected as Dearborn’s seventh mayor, Willis said she has big goals.

“If I am elected, I plan to bring an end to the pollution in the Southend as well as the east end,” she said. “I plan to move our entire city toward clean, renewable energy. We also have to collaborate as governments and citizens to find solutions to bring our property taxes down and create new recreation. Another priority of mine would be recycling and trash pick up. I’d like us to shift our culture and become more conscious of the trash we create and recycle all that we can. Our trash pick up can be much better; for the amount of taxes that we pay, our amenities should be top tier.”

Traffic control and public safety are also at the top of Willis’ priority list.

“One of our big city issues is centered around traffic,” she said. “There is a lot of speeding in residential areas, where kids play, and there have also been a lot of accidents reported. I think we need to install speed bumps, enforce the speed limits and keep each other accountable as a city. I also believe it’s time to defund the police and reform the way that we view public safety. Taking funds away from the police and putting them into our libraries, parks and schools is the best move for us. I’d also like to dismount our police officers and offer more ground patrols. That’s an example of reform that makes public safety more personal and will ultimately bring familiarity and a better sense of community.”

Willis said she believes that with the support of the community, she can take it all the way.

“I have a lot of great ideas and I just hope that the city will see the opportunity that they have with the option to vote for me,” she said. “I’ve made it this far with the support of the people that live here in Dearborn and I truly believe that we can make it all the way.”

As the first African American woman running for the position, Willis told HFC that she feels like she is a part of something bigger.

“I feel powerful,” she said. “Taking this leap of faith will inspire young women around the world. Women have only had the right to vote for about 100 years. For a large percentage of that time, Black people weren’t even welcome in Dearborn. I’m a part of a bigger movement that spans across the entire globe, one that includes everyone and corrects its mistakes. I still have faith in humanity and I know we can create a better reality for all people.”