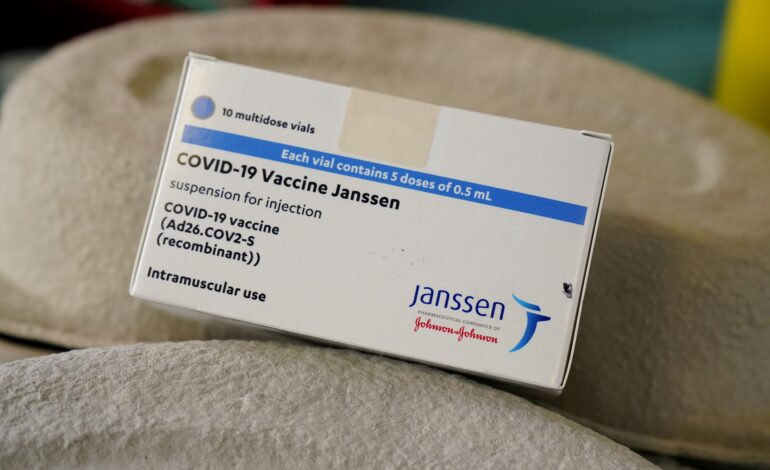 Infectious disease experts are weighing the need for booster shots of the Pfizer/BioNTech, or Moderna mRNA-based vaccines for Americans who received Johnson & Johnson’s one-dose vaccine due to the increasing prevalence of the more contagious Delta coronavirus variant.

A few say they have already done so themselves, even without published data on whether combining two different vaccines is safe and effective or backing from U.S. health regulators. Canada and some European countries are already allowing people to get two different COVID-19 shots.

The debate centers on concerns over how protective the J&J shot is against the Delta variant first detected in India and now circulating widely in many countries. Delta, which has also been associated with more severe disease, could quickly become the dominant version of the virus in the U.S., Centers for Disease Control and Prevention (CDC) Director Rochelle Walensky has warned.

There is no substantial data showing how protective the J&J vaccine is against the new variant. However, UK studies show that two doses of either the Pfizer/BioNTech or AstraZeneca vaccines are significantly more protective against the variant than one.

“There’s no doubt that the people who receive the J&J vaccine are less protected against disease” than those who get two doses of the other shots, said Stanford professor Dr. Michael Lin. “From the principle of taking easy steps to prevent really bad outcomes, this is really a no brainer.”

The CDC is not recommending boosters and advisors to the agency said at a public meeting this week there is not yet significant evidence of declining protection from the vaccines.

Jason Gallagher, an infectious diseases expert at Temple University’s School of Pharmacy, recently received a Pfizer dose at the Philadelphia vaccine clinic where he has been administering shots. He got the J&J vaccine in a clinical trial in November.

Gallagher said he was concerned about the U.K. data showing lower efficacy against the Delta variant for people who received one vaccine dose.

“While the situation has gotten so much better in the U.S., the Delta variant that’s spreading … and really quickly taking over in the U.S. looks a little more concerning in terms of the breakthrough infections with the single-dose vaccines,” he said. “So I took the plunge.”

Cases, hospitalizations and deaths have plummeted in the U.S., with 56 percent of the adult population fully vaccinated.

J&J said it is testing whether the immune response from its vaccine is capable of neutralizing the Delta variant in a laboratory setting, but no data is available yet.

Dr. Angela Rasmussen, a researcher at the University of Saskatchewan’s Vaccine and Infectious Disease Organization, said on Twitter she had gotten a dose of Pfizer’s vaccine this week after receiving J&J’s in April.

Rasmussen, who declined to be interviewed, encouraged Americans who received the J&J vaccine to talk to their doctors about a possible second shot.

“If you live in a community with overall low vaccination, I’d suggest you strongly consider doing so,” she tweeted.

Vaccine expert Dr. Peter Hotez from Baylor College of Medicine said in a tweet that adding a second J&J dose or one of the mRNA vaccines might provide broader protection, “but we need data and CDC-FDA guidance.”

The U.S. National Institute of Allergy and Infectious Diseases (NIAID) is running a trial to determine the need for boosting all currently authorized shots with another dose of Moderna’s vaccine. NIAID scientist Dr. John Beigel told Reuters the agency hopes to have that data by September to help inform regulators’ decisions on boosters.

As long as case counts remain low in the U.S., J&J recipients should wait for more data, he said.

If Delta variant-driven infections and hospitalizations increase significantly, he said, “then decisions might need to be made with an absence of data. But right now, I do think it’s appropriate that they wait.”

Back to normal: Michigan to lift capacity limits, mask requirements on June 22