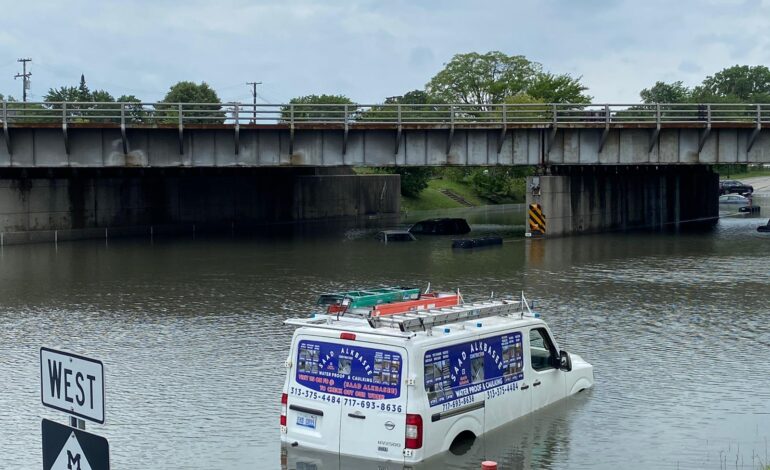 DEARBORN — The city government released a Q & A memo regarding the recent flooding and the sewage backup through its public information department. The answers below were up-to-date as of June 28.

What is believed to have caused the significant flooding that occurred June 26?

The storm that led to severe flooding on June 26 was historic. As of June 28, the city of Dearborn is investigating the cause, but preliminary assessments have shown that our sewer system is working as designed. No pump failures or blockages have been discovered as of June 28.

What was the federally-mandated sewer separation project intended to do?

The Combined Sewer Overflow (CSO) project that the city has been working on for years was intended to separate storm water and sanitary water, reducing pollution in the Rouge River, as mandated by the federal government. It was not intended to increase the sewer system’s capacity in order to prevent flooding. The CSO permit was issued by the Michigan Department of Environment, Great Lakes and Energy (EGLE) and was required by a federal mandate to reduce pollution in the Rouge River.

Frequently, during almost all rain events, storm water would become combined with sewer water and drain into the Rouge River. Thus, the CSO project was enacted to mitigate pollution to the Rouge River. More than 40 communities, including Dearborn, are in the Rouge River watershed and many were affected by the federal mandate to clean up the river.

Dearborn was required to fully finance the CSO project. The federal government did not provide financial assistance.

Why was east Dearborn impacted so severely this time around?

East Dearborn sits at a lower ground elevation than west Dearborn, rendering it more vulnerable to flooding. In addition, east Dearborn was developed prior to World War II, meaning that the sewer system was built according to standards at that time. Although those standards were acceptable for that time, they are lower than what is needed today.

Furthermore, continuing housing and building development in that area over the years resulted in the removal of several surface streams that led to the Rouge River, which reduced drainage options during storms.

Due to the elevation level in east Dearborn and its close proximity to the Rouge River, it was not possible to build a deeper sewer system.

What is the city doing to address/prevent this in the future?

Unfortunately, retrofitting the sewer system to fit today’s standards, if it were possible, would come with an astronomical cost. The ideal fix would cost roughly $500M, which would lead to a 110 percent increase in residents’ water and sewage bills. That amounts to a total of $170 additional cost on residents’ bills per quarter. Furthermore, there is no guarantee that this sort of system would have prevented the floods that occurred on June 26, or will prevent similar floods in the future. However, the city is currently exploring options in the interim that will assist in alleviating future flooding.