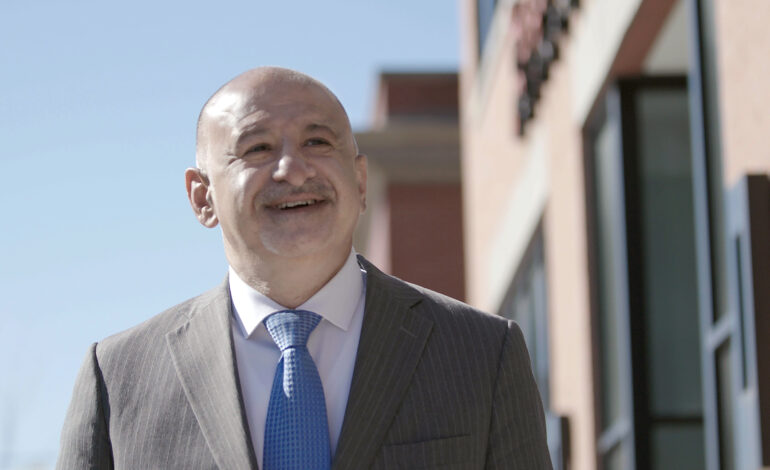 DEARBORN — Dearborn Public School Board Trustee Hussein Berry is looking to become the next mayor of the city he loves and calls home.

“My story is Dearborn’s story,” he said. “I grew up in the Southend, watching the smoke stacks as I went to school. I watched my father create a business that still thrives today — Eastborn Market. I became a successful realtor, raised a family and helped develop many of the youth recreation activities that still thrive today.”

Berry said that because the people of Dearborn are the true source of strength, he has been busy listening to the residents over the last few months.

“Whether at backyard tea parties on the west end, or barbecues on the east end, I kept hearing the same things brought up over and over again by residents,” he said. “They want an active, lively mayor. They want a safe, clean city with vibrant downtowns, beautiful parks and excellent services. They also want a fiscally responsible government.”

Berry said that during his tenure as a trustee of the school board, he has helped manage a budget larger than that of the city and with more full-time employees, as the city’s budget is $132 million and the school district’s budget is more than $400 million.

I’m not running as an Arab or Muslim American. I’m running as an American and resident of Dearborn. It’s time for us to unite as One Dearborn — Hussein Berry

Berry, who served on the school board from 2010 until 2014 before returning in 2016, said that his top issues are addressing public safety concerns, revitalizing downtown areas and encouraging business development, maintaining the city budget in a fiscally responsible manner, building on existing city services that support quality of life, encouraging civic pride and working to make sure every Dearbornite can enjoy clean air, clean streets and quiet nights.

“One area where I have already begun to solve the problem is public safety,” he said. “Since coming out with a strong message against drag racing and distracted driving, residents have noticed increased enforcement and other candidates have followed my lead as well in discussing the issue. My message was heard loud and clear in City Hall. As a result, we are beginning to see the police curb this issue, and I believe that this is an instance where having political courage can save lives.”

Berry said that during the COVID-19 pandemic he was faced with difficult choices, but that he feels he did what he had to ensure the district’s safety.

“As president of the school board, I took a radical approach, I listened,” he said. “Meetings went on for hours, no parent was cut off. At the end of the day, I based my actions on a single principle; every human life matters. As a result, not one student, teacher or staff member died as a result of community spread within our schools.”

Berry also said that after a decade of losing City Hall, pools and libraries,  parks becoming trash baskets and for sale signs and empty lots becoming permanent fixtures in the city, it’s time for change.

“It’s time to turn things around,” he said. “Now is the time for a new decade of hope. I am running for mayor because I love this city. I’m not running as an Arab or Muslim American. I’m running as an American and resident of Dearborn. It’s time for us to unite as One Dearborn. I respect the public. I respect their intelligence. That’s why I’ve written out exactly what I will do as mayor.”

Since beginning his campaign, Berry said his is the only one with a comprehensive list of city-related issues he plans to tackle if elected.

“Each voter has the power to change our city and they deserve to know what that change will be,” he said. “While some other campaigns have put our policy positions on a single issue or two, I am talking about all of the issues that matter to voters. I trust them to make a wise decision. If anyone would like to see my full platform, I encourage them to visit my website at www.OneDearborn.com.”