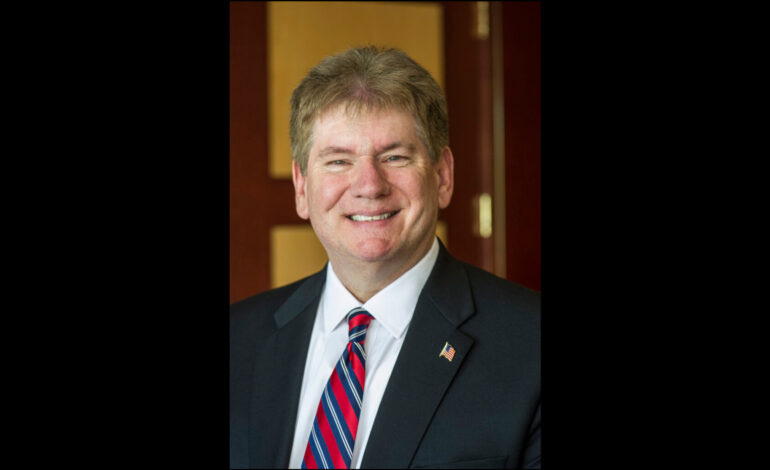 DEARBORN — Gary Woronchak, a former editor of the Press & Guide, state representative and chairman of the Wayne County Commission, is running for mayor.

Woronchak’s parents moved to Dearborn from the east side of Detroit right before he started kindergarten at Whitmore-Bolles Elementary school. He then went on to Edison Junior High before graduating from Edsel Ford High School.

During his high school years, Woronchak started taking photos for the Dearborn Guide, now the Press & Guide, and was hired as a part-time writer after he graduated.

I want people to feel more connected to their city government, to know that their concerns are not just listened to, but heard — Gary Woronchak

Woronchak continued his education in Dearborn by attending Henry Ford Community College before earning a bachelor’s degree in political science from the University of Michigan-Dearborn. Continuing to work for the Press & Guide during this time, he worked his way up to editor of the paper, a position he held for 16 years.

“I’ve been emphasizing my experience,” he said. “I held public office for 20 years at the state and county levels. I have leadership experience, both in the newspaper business and as chairman of the Wayne County Commission. My years as a newspaper editor gives me a sense of historical perspective about Dearborn that none of the other candidates have. The reason experience is so important in this race is not only that we are losing a longtime mayor, but our City Council will have at least three new faces in the next term, and got two new members just four years ago. I think a record of steady leadership and service will be important to voters.”

Woronchak said that he believes the community is still too divided.

“We must strive to truly be one Dearborn, not just say it,” he said. “We have great diversity and it has enriched our community, but I sense we still haven’t bonded together. There are cultural differences and geographic separations that have kept us from fully blending. Culturally, I believe education is the key to coming together. The more you know, the more you understand.”

Dearborn has several vacant buildings. Woronchak said it’s important to repurpose them, as there are far too many.

“Some have been unused for a while, like the former Hyatt hotel, Village Plaza and the former Farmer Jack/Kroger,” he said. “Filling or repurposing these places is important not just for jobs and tax base, but because they can become symbols of stagnation. We want a vibrant business community and we will vigorously pursue new businesses to come to our city.”

Woronchak said that the support and encouragement from his family were key in his decision to run.

“My wife, Vivian, and I have been married nearly 39 years,” he said. “Our daughter and her husband also live in Dearborn with our two granddaughters, who are the fourth generation of my family to live here. Having been editor of the Press & Guide, Dearborn’s state representative and chairman of the Wayne County Commission, I’ve spent most of my life in positions of leadership and responsibility in Dearborn. With Mayor O’Reilly retiring, I knew that I had the experience and background to serve well if elected mayor and I have a strong and natural desire to serve Dearborn. But very important in my decision was having so many people urge me to run, people I’ve served for years. And certainly, support and encouragement from my wife, Vivian, was most important in this decision.”

Woronchak said that a top to bottom review of all city operations will be high on his list of priorities with comparisons to other communities to make sure Dearborn is operating economically, efficiently and effectively.

“I want a workforce that is representative of our population, so we will look at our recruitment and retention methods,” he said. “I want our workers to feel appreciated and enthusiastic about serving our community. I also want to keep our young talent here and cultivate them into leadership positions in city government.”

Woronchak also said that including the residents is also a top priority if elected.

“I want people to feel more connected to their city government, to know that their concerns are not just listened to, but heard,” he said. “I want more collaboration and communication with the community, so residents know why and how decisions are made, and also have a voice in those decisions.”