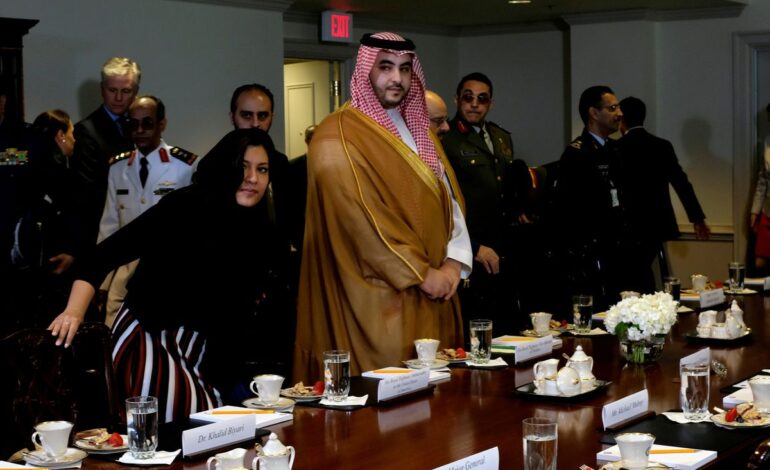 Biden has recalibrated ties with Riyadh, a close U.S. ally that enjoyed warm relations with his predecessor, Donald Trump, by putting a greater emphasis on human rights. Biden also ended U.S. support for offensive operations by the Saudi-led coalition fighting against the Houthi movement in Yemen’s civil war.

Biden shook the relationship by allowing the release in February of an unclassified U.S. intelligence report that found that the crown prince, known as MbS, approved a 2018 operation in which journalist Jamal Khashoggi was murdered in the Saudi consulate in Istanbul.

Biden, however, deflected calls by lawmakers and human rights groups to sanction MbS. Riyadh denies that MbS was involved. Prince Khalid was the Saudi ambassador to Washington at that time.

In posts on Twitter on his second day in Washington, Prince Khalid said he held a “great meeting” with Blinken on “the strategic Saudi-U.S. partnership”, regional developments and “ways to strengthen Saudi-U.S. ties.”

He said he also met Undersecretary of State Victoria Nuland “to review the coordination between our two countries and discuss opportunities for cooperation on a wide range of issues.”

Blinken joined them for part of the discussions to review U.S.-backed U.N. efforts to arrange a ceasefire and a resumption of political talks on ending Yemen’s civil war, the State Department said in a statement.

The statement made no mention of the Khashoggi murder or the indirect talks between the U.S. and Iran on restoring their adherence to the Iran nuclear deal, which Riyadh opposes.