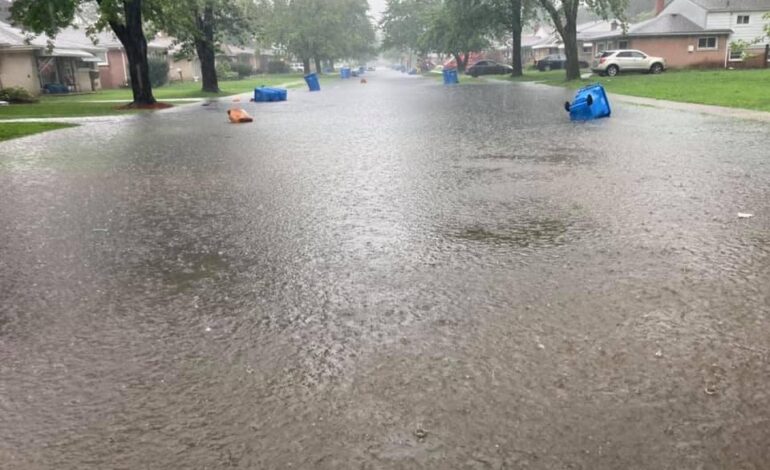 DEARBORN HEIGHTS — Following heavy rainfall on Friday, July 16, at least 75 residents reported flooding in their homes to the mayor’s office.

The second round of flooding came just one day after President Biden announced a national disaster for the June flooding that devastated more than 12,000 homes in Dearborn and more than 1,500 in Dearborn Heights.

Mayor Bill Bazzi said that while residents cannot claim the July 16 flooding to FEMA, he is working on seeking options for relief for the residents who have reported damage since the heavy July rains.

Any residents still needing help clearing their home of debris are encouraged to call 2-1-1 or Samaritan’s Purse Disaster Relief at 313-407-4436.

If residents are still experiencing delayed trash collection or have additional flood debris to be collected, they are asked to contact the mayor’s office at 313-791-3490.

Bazzi said in a Facebook post that the city is also seeking a complete assessment and maintenance of infrastructure, which spans throughout multiple cities. He has also authorized the city engineer to conduct an internal camera inspection of the city’s sewage system.

Residents needing to submit a flood survey for the June or July flooding can do so by visiting the city’s website at www.ci.dearborn-heights.mi.us.