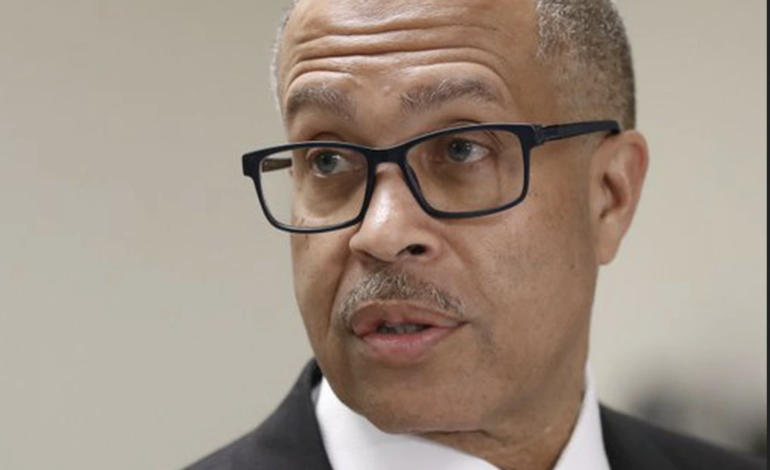 DETROIT — Former Detroit Police Chief James Craig, who had 44 years of law enforcement experience, has announced his campaign for governor.

In an appearance on Fox News Channel’s Tucker Carlson Tonight Program on Wednesday, Craig said, “I’ve got to tell you, I’m running.”

That same day Craig officially launched an exploratory committee for governor, which means he can now hold a fundraiser and will not have to file a campaign finance statement until the end of October.

He also has made a campaign video, website and logo.

Rumors of his candidacy began in May when he announced his retirement.

Craig has also said that his “life experiences” have led him to vote Republican and even that he voted for former President Trump in both 2016 and 2020.

Despite the creation of campaign material and telling Carlson he is running, during an appearance on the Paul W. Smith Show on WJR-AM on Thursday, Craig did not dispute being a candidate, but also did not explicitly say he is a candidate.

“Launching this exploratory committee is a natural part of the process,” Craig said. “I’m intrigued, I’m excited and I want to understand what the issues are by launching a listening tour across the state.”

Gov. Whitmer, a Democrat, is expected to seek a second four-year term in 2022.

Craig recently retired after eight years as Detroit police chief. He started his police career in Detroit before spending 28 years at the Los Angeles Police Department. After leaving L.A., Craig had stints as police chief in Portland, Maine and Cincinnati, Ohio before returning to Detroit.