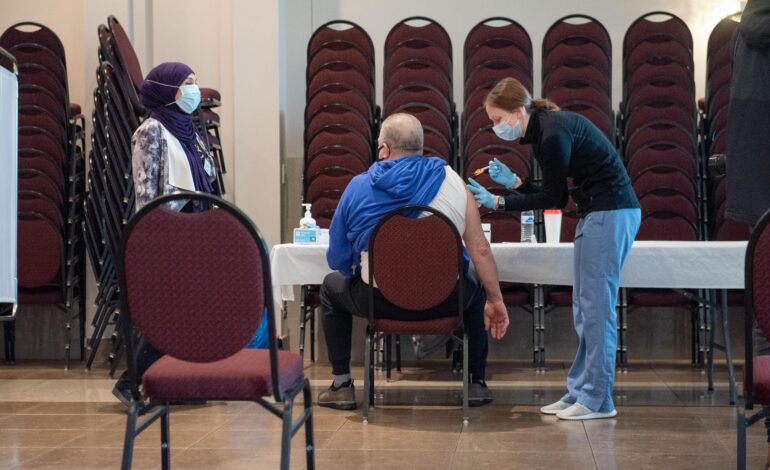 WASHINGTON, D.C. — As new data from Pfizer shows a “booster” shot of its COVID-19 vaccine provides strong protection against the highly-contagious Delta variant, federal officials reiterated that Americans don’t need one quite yet.

U.S. Surgeon General Dr. Vivek Murthy told CNN on Wednesday that people “do not need to go out and get a booster shot”, just as Pfizer said it anticipates submitting data on a third dose to the U.S. Food and Drug Administration (FDA) as soon as next month to get emergency approval.

Pfizer’s latest data shows high effectiveness against the Delta variant, which has now become the most prevalent strain of the coronavirus in the U.S., accounting for more than 80 percent of infractions, according to data in mid-July.

In a company earnings report on Wednesday, Pfizer showed the dramatic effects of a third dose against the variant (That data can be viewed on page 26 of the report).

That data is yet to be peer reviewed or published.

During a company call on Wednesday, Pfizer research official Dr. Mikael Dolsten said receiving a third dose more than six months after vaccination, when protection may be beginning to wane, was estimated to potentially boost the neutralizing antibody in study participants to up to 100 times higher after the third dose compared to before the third dose.

“These preliminary data are very encouraging as Delta continues to spread,” Dolsten said.

Meanwhile, Murthy told CNN that federal officials have been in talks with Pfizer about its data on a third shot, but the decision about whether it is necessary for people to get a third shot remains with federal agencies like the CDC.

Part of the reasoning, Muthy said, was the question of whether it is feasible to produce third doses for the U.S. when there is a need for adequate global supply. Mass vaccinations are needed globally to prevent further variants from developing.