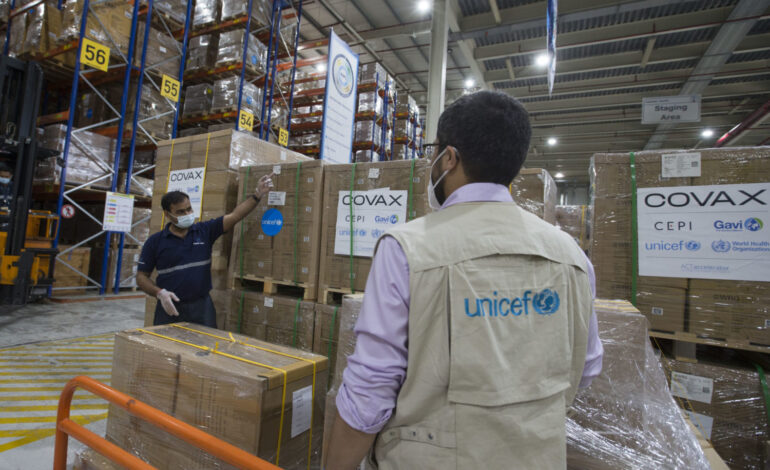 Do you remember the United Nations Millennium Development Goals? If not, you are not alone.

These ambitious goals, which included the eradication of “extreme poverty and hunger”, to “combating lethal diseases” and “reducing child mortality worldwide”, proved to be yet another empty gesture which, unsurprisingly, amounted to little.

Even if the architects of the project were well-intentioned as they labored to meet the 2015 deadline, the lack of true international solidarity made their commendable program simply impossible.

Sadly, whatever positive difference that these objectives registered is now quickly vanishing, not because of the COVID-19 pandemic which continues to ravage the world, but because of the selfish and haphazard international response to it.

Expectedly, the most vulnerable are the first to suffer. According to a July 15 World Health Organization (WHO) report, an estimated “23 million children missed out on basic vaccines through routine immunization services in 2020 — 3.7 million more than in 2019.”

Even when the current pandemic becomes a distant memory, millions of people in poor or relatively poor countries, will continue to pay a price for this unforgivable mismanagement of the global healthcare system.

It should be no surprise that much of these ongoing health crises are occurring in the southern hemisphere. India, for example, which has experienced a devastatingly high number of COVID-19 deaths, lags behind in terms of immunization of other, equally deadly diseases. Over 3 million children in the world’s second most populous country did not receive the first dose of DTP-1, the combined vaccine for diphtheria-tetanus-pertussis.

While the obvious culprit may seem to be COVID-19, in actuality it is not the pandemic per se that has accelerated this dangerous trend. “The COVID-19 pandemic and related disruptions cost us valuable ground we cannot afford to lose – and the consequences will be paid in the lives and well-being of the most vulnerable,” Henrietta Fore, the executive director of UNICEF, sounded the alarm.

Practically, this means that, even when the current pandemic becomes a distant memory, millions of people in poor or relatively poor countries, will continue to pay a price for this unforgivable mismanagement of the global healthcare system.

When the WHO declared in March 2020 that COVID-19 was officially a “pandemic”, many global intellectuals romanticized the notion that COVID-19 has the potential to bring us closer together. A year and a half later, we realize that such high hopes were mere wishful thinking. If anything, the pandemic has deepened — and further highlighted — not only existing global inequalities, but the complete disregard of the poorer, readily exploited South by the wealthier, neocolonial North.

In a thorough investigative report, entitled “Vaccine inequity: Inside the cutthroat race to secure doses”, the Associated Press revealed on July 18 the extent of the unfair international distribution of the COVID-19 vaccines. For example, while “Canada has procured more than 10 doses for every resident, Sierra Leone’s vaccination rate just cracked 1 percent on June 20,” AP reported.

The same disquieting paradigm applies elsewhere. While the U.K., the European Union and the U.S. have produced or acquired multiple vaccines for every person, Oman, Honduras, Bangladesh and Zimbabwe are situated firmly at the bottom of the “vaccine procurement” list.

The much-celebrated COVAX, an international project championed by the WHO and others to deliver billions of COVID-19 vaccinations to poorer countries in 2021-22, has proven to be a much slower process than once anticipated. Wealthy nations that have pledged to supply the program with the needed dosages seem more consumed with piling up or selling vaccine surplus to the highest bidder.

Then, there is the problem of existing income inequality and widespread corruption in much of the South, which makes access to the few available vaccines nearly impossible for the poorest communities.

According to a 2019 report by the World Inequality Database, income inequality in Africa is the highest in the world, where the average income of the top 10 percent is nearly 30 times higher than the bottom 50 percent. One is almost certain that those in the high-income bracket will be the first to access whatever little available vaccines, while the bottom 50 percent is likely to wait for years to receive the life-saving serum.

It is mind-boggling that, despite the fact that millions of people have perished as a result of the COVID-19 pandemic and that, unprecedented in six decades, life expectancy rates have significantly dropped worldwide, the vaccines are still considered a commodity in an ever-competitive global economy.

Health inequality around the world is nothing new, but the COVID-19 pandemic has offered us a rare, live scenario of what this inequality means. Now, we realize that the old U.N.’s millennium goals were never truly possible under the current political paradigm. Despite sincere — although, ultimately, unrealistic — good intentions, the project was a mixture of political propaganda and empty rhetoric.

It is mind-boggling that, despite the fact that millions of people have perished as a result of the COVID-19 pandemic and that, unprecedented in six decades, life expectancy rates have significantly dropped worldwide, the vaccines are still considered a commodity in an ever-competitive global economy. While the fate of millions of people rests on the availability of this cure, the vaccines remain beholden to the inhumane rules of supply and demand of the world’s market.

While many are busy measuring the possible future repercussions of the pandemic in terms of economic output, life expectancy and such, it is critical that we consider other factors that are certain to result from this unbearable inequality: Revolutions, mass migrations and famine. These are the other “variants” that we must urgently address.