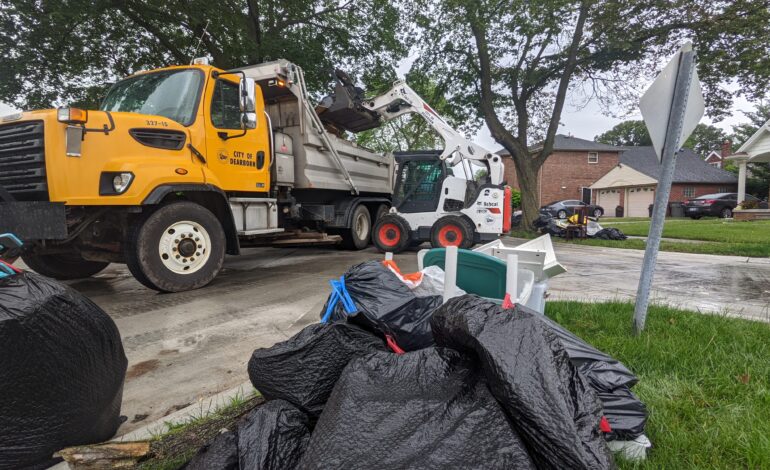 The funding will be allocated to the Detroit and Wayne and Washtenaw Counties to set up “residential gap funding grant programs.”

The grants will be used to  assist households not eligible for federal assistance or not provided adequate resources from FEMA or the U.S. Small Business Administration to return to their pre-disaster quality of life, Whitmer said.

The $10 million in general funds is part of a supplemental funding bill, signed by Whitmer on July 26, to be used to assist areas of the state with restoration costs and other expenses resulting from weather-related events that occurred in June.

“Recognizing the hardships the flooding has placed on individuals and families that sustained damage to their homes and loss of personal property, we are working with Wayne and Washtenaw Counties and the city of Detroit to ensure this funding is available to help residents as they recover from this disaster,” Whitmer said. “I appreciate the partnership with the counties and city of Detroit in putting together these programs to help get residents back on their feet.”

Whitmer declared a state of emergency on June 26 for Wayne County after heavy rainfall caused widespread flooding in Wayne and Washtenaw Counties, damaging infrastructure and private property. More than 12,000 households were impacted by those floods in Dearborn.

On July 8, Whitmer added Washtenaw County to the state of emergency declaration. By declaring a state of emergency, Whitmer made available all state resources in cooperation with local response and recovery efforts in the designated area. On July 13, Whitmer sent a letter to President Biden requesting that he declares an emergency disaster for the state of Michigan. On July 15, Biden approved a major disaster declaration, making federal funding available to affected individuals in the counties.

For Wayne County communities, like Dearborn and Hamtramck, FEMA-State Disaster Recovery Centers in southeast Michigan are located at: