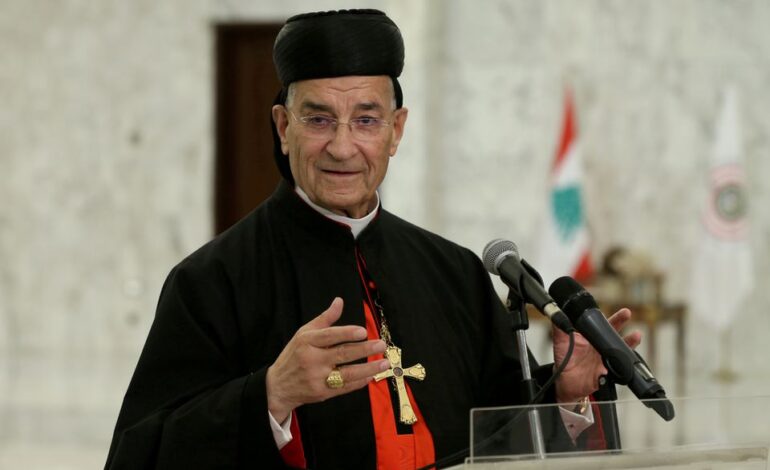 BEIRUT — On Tuesday, President Michel Aoun condemned criticism of Lebanon’s Christian Maronite patriarch after he expressed opposition to the Iran-backed Shi’a group Hezbollah, warning that insults must be avoided to safeguard national unity.

Following a cross-border salvo between Israel and Hezbollah, Patriarch Bechara Boutros Al-Rai was sharply critical of Hezbollah on Sunday, saying no group should decide on war and peace and urging the army to halt rocket fire from the south.

The border flare-up on Friday drew criticism from Hezbollah’s opponents in Lebanon, where hardship is mounting due to a crippling financial meltdown.

Aoun — a Maronite ally of Hezbollah — condemned the campaigns to which he said Rai was being subjected and emphasized that freedom of expression was protected by the constitution during a phone call between the two, the presidency said.

Other views should “remain in the political frame and should not tend to insult or offend, to safeguard national unity and guarantee general stability in the country,” Aoun said.

Rai said that while Lebanon had not decided to make peace with Israel, neither had it decided to go to war and Lebanon did not want to be embroiled in military actions that would “draw destructive Israeli responses.”

While Hezbollah has not commented on Rai’s comments, its supporters accused him of surrender and supporting Zionism on social media.

Hezbollah said it had fired rockets into open ground near Israeli forces in the disputed Shebaa Farms area on Friday in retaliation for Israeli air strikes in Lebanon a day earlier that had also hit open ground.