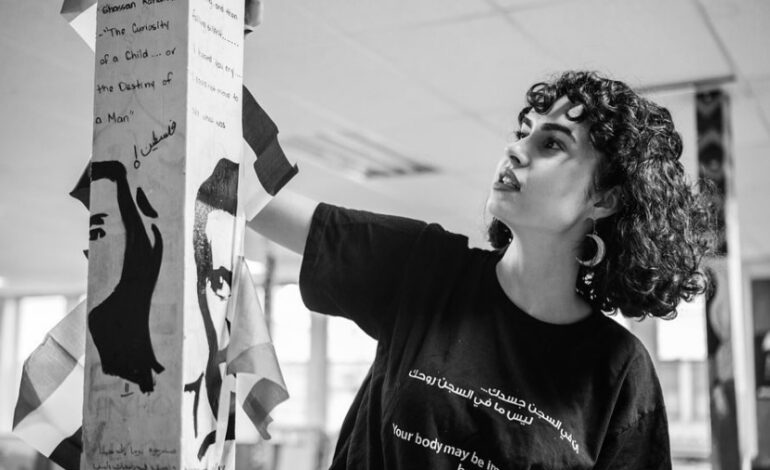 DEARBORN — Danya Zituni, a Dearborn-based Arab American artist, is one of six artists awarded a stipend in WDET’s “Artist Next Door” project.

WDET’s website says the project highlights artists whose work “gives us a greater understanding of their cultural heritage and bring us closer as a region of neighbors.”

Zituni, a Dearborn resident, is an illustrator, printmaker and teaching artist. Her artwork, which showcases the “resilience and beauty of her community”, according to a press release, was featured in the “FOUND: Love Letters of Muslim Resistance and Community” exhibit in 2019 at the PO Box Collective gallery in Chicago.

Zituni’s work will also be featured in the forthcoming publication ARABORAMA 3, to be published in February by the Institut du Monde Arabe in Paris, France. She has served as an educator at the Arab American National Museum in Dearborn and as a youth instructor for the Arab American Action Network in Chicago.

Zituni told WDET recently that she found her love for illustration and cultural work for her community in Dearborn when she was on the southwest side of Chicago, working for the Arab American Action Network. She was teaching mainly Arab American teenagers different types of artists workshops.

She also said she felt like the community she comes from is ultimately her audience, but she also wants to build bridges to others outside of the one she identifies with.

The Artist Next Door program is made possible by the Michigan Council for Arts and Cultural Affairs (MCACA). The six selected artists represent works in mixed media, painting, pottery/sculpture, printmaking and music disciplines.

WDET listeners and the general public nominated the artists and the jury ultimately selected the artist fellows to create an original piece of artwork. The artists’ processes and work will be photographed by Detroit Photographer Erik Paul Howard and the artists will be profiled by WDET’s Ryan Patrick Hooper on the CultureShift program, which airs from noon to 2 p.m. weekdays.

Each artist will receive a $1,000 stipend when their piece is completed. Art communities will be encouraged to highlight the work of the artists and WDET will host virtual artist events for interactive conversations.

“The Artist Next Door is a project created to give our community a greater understanding of cultural heritage and bring us closer as a region of neighbors,” said WDET Program Director Joan Isabella. “Our goal is to illuminate and celebrate Detroit area artists from a variety of cultural backgrounds and disciplines to enhance awareness and understanding of our communities and cultures.”