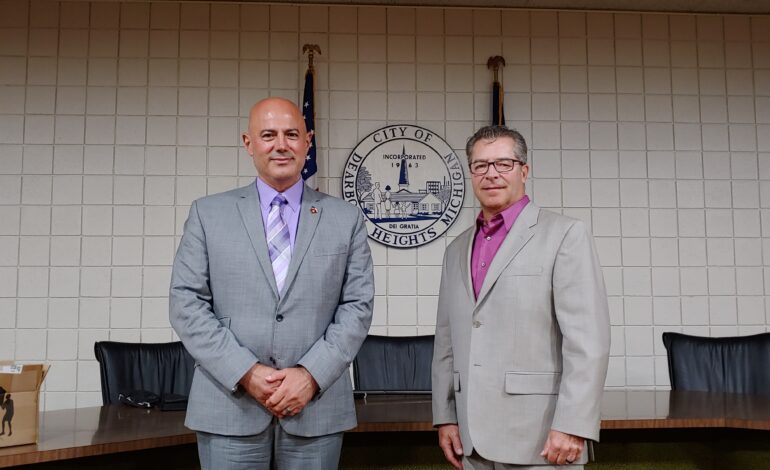 DEARBORN HEIGHTS — Despite the city being flooded numerous times since June, Dearborn Heights has welcomed a new Department of Public Works (DPW) director.

Bob Conrad, who grew up in Fraser and has lived in Wayne County all his life, started with the city on July 1.

He graduated from Lawrence Tech in 1986 with a construction management degree before getting a job with Wayne County, where he worked for 33 years.

“This was a different type of opportunity,” Conrad said. “I was eligible for retirement with the county and the city asked if I’d be interested in coming to work with them; and I met with them and interviewed them as much as they interviewed me, and it felt like it would be a good match.”

Conrad said that flooding is nothing new for him.

“It’s an unfortunate situation that happens every time we get these rains,” he said. “We can’t fight Mother Nature, but the staff here is phenomenal at getting things done for the residents. I was in the road maintenance section of Wayne County for about 27 years of my time there and every time it rains hard we were closing Hines Park. I also handled all the storm water lift stations along the freeway.”

Mayor Bill Bazzi said he is grateful that Conrad accepted the position.

“He came highly recommended,” he said. “I’m honored to have him on our team and I look forward to working together.”

Being new to the city, Conrad said his primary goal is to bring a customer service mindset to the department.

“I will try to help the residents out as much as I can,” he said. “There are some things that COVID had put everybody behind the eight ball on. It’s a different start to a new career, but I plan to do my best for the residents and the city and to provide the best level of service.”