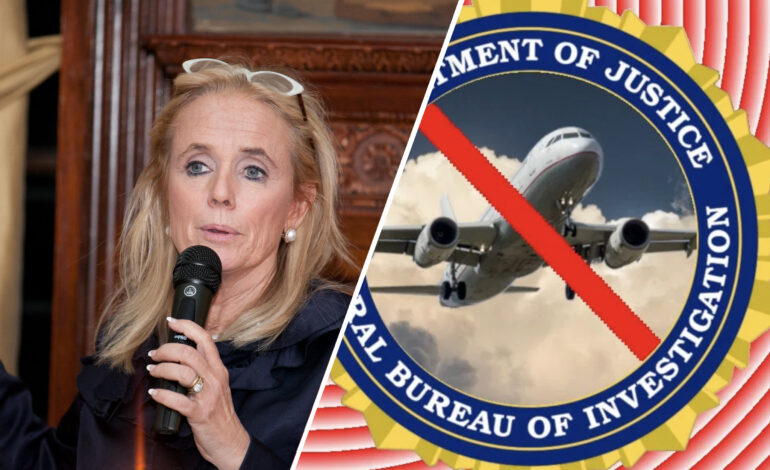 DEARBORN – U.S. Rep. Debbie Dingell (D-Dearborn) has sent a letter to the Federal Bureau of Investigation (FBI) Director Christopher Wray and Department of Homeland Security (DHS) Secretary Alejandro Mayorkas calling for a complete and thorough audit of the No-Fly and Selectee Lists to ensure innocent American citizens have not been wrongly included.

As of June 17, 2016, there were approximately 81,000 known No-Fly List records and around 1,000 were U.S. citizens, according to answers from the FBI and National Counterterrorism Center in a Congressional inquiry. The Arab American and Muslim communities have been particularly affected by the list, which restricts travel without giving those on the list a good way to appeal the government’s decision to put them on the list.

The letter requests additional information on the current records for the No-Fly and Selectee lists, how often these lists are vetted for errors, guidance provided to affected individual, and who this information is shared with outside the U.S. government. It also asks the agencies provide updated numbers to Congress of total known No-Fly List records and those who are U.S. citizens, as the current numbers are from 2016.

Over the years, these reports and stories of innocent doctors, professors, lawyers, and others who have been added to the No-Fly List or Selectee List – including many individuals from my district – have become far too common. – U.S. Rep. Debbie Dingell (D-Dearborn)

Since Sept. 11, 2001, numerous innocent individuals have been mistakenly added to the No-Fly or Selectee Lists, including prominent individuals like Congressman John Lewis and Senator Ted Kennedy, causing significant hardship for too many Americans. Dingell says these lists should be used to track the correct individuals that pose threats, not unnecessarily barring innocent people from easily traveling.

“Over the years, these reports and stories of innocent doctors, professors, lawyers, and others who have been added to the No-Fly List or Selectee List – including many individuals from my district — have become far too common,” wrote Dingell. “Inaccuracies in the No-Fly List and Selectee List are deeply concerning, leaving labeled Americans with lasting ramifications and no means of addressing or challenging the validity of their status,”