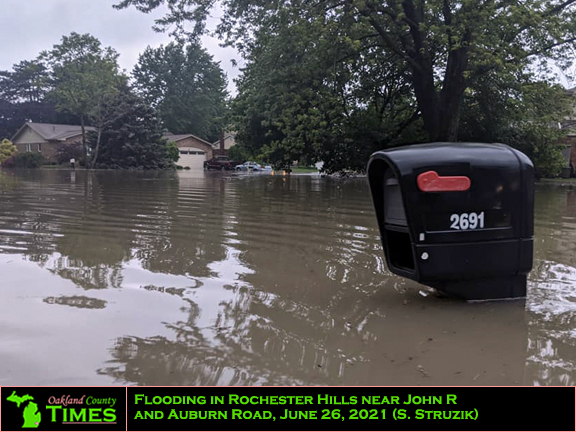 LANSING – Governor Whitmer on Friday requested that President Biden add Macomb and Oakland counties to the presidential disaster declaration issued for Wayne and Washtenaw counties following heavy rainfall and flooding in late June, making for federal assistance for those affected.

“A presidential declaration for these additional counties will unlock even greater resources to help residents who suffered loss of personal property and untold damage to their homes,” said Whitmer.

In late June, Whitmer declared a state of emergency for Wayne County. Declaring a state of emergency, the governor made available all state resources in cooperation with local response and recovery efforts in the designated area. On July 13, Whitmer sent a letter to President Biden requesting that he declare an emergency disaster for the state of Michigan. Biden later issued a disaster declaration allowing individual assistance for Wayne and Washtenaw counties.

The request for Oakland and Macomb follows the completion of a joint preliminary damage assessment with FEMA and local officials to review and validate the most severely damaged homes across Macomb and Oakland counties. A similar evaluation occurred in Wayne County last month.

If added to the federal declaration, households affected by the flooding in Macomb and Oakland counties would be eligible to apply for assistance to include grants for temporary housing and home repairs, low-cost loans to cover uninsured property losses and other programs to help people and businesses recover.

Whitmer has also requested federal assistance for Ionia, Washtenaw and Wayne counties and the Detroit for costs incurred by state and local governments due to damage to public facilities.