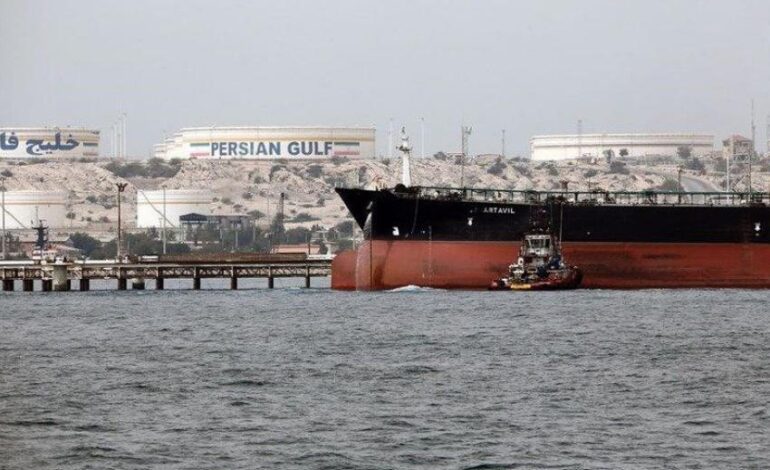 BEIRUT —  The Lebanese government has received no request for fuel to be imported from Iran, the caretaker energy minister said on Wednesday, appearing to confirm that the Shi’a group Hezbollah has bypassed the state with a move to import Iranian fuel.

Hezbollah, a heavily armed group founded by Iran’s Revolutionary Guards in 1982, announced last month that a shipment of Iranian fuel oil was on its way to help ease crippling shortages.

The group is by far the most powerful faction in Lebanon, where it has been part of the ruling system for years.

The fuel crisis, caused by a broader meltdown of Lebanon’s economy and a plunge in the value of its currency, has forced even essential services to shut down or scale back operations.

Hezbollah’s opponents say the declaration, followed by announcements of two further Iranian fuel shipments for Lebanon, has further undermined the authority of the state and exposed Lebanon to the risk of U.S. sanctions.

Asked about the Iranian shipment, the caretaker energy minister Raymond Ghajar told journalists “our role is restricted to import permits. We did not receive a request for permission.”

Asked if this meant the ship was coming without permits, Ghajar said, “No. We do not have information. Permission was not requested from us. This is all I am saying.”

The first shipment has yet to arrive and Hezbollah has not announced details of where it will dock.

Tanker Trackers, which monitors shipments and oil storage, said satellite imagery showed that the second and third tankers had yet to depart.

“The first tanker should be in the southern section of the Red Sea by now,” it added. “Awaiting visual confirmation.”

Parliament Speaker Nabih Berri, a Shi’a Muslim ally of Hezbollah and one of the most powerful figures in the state, said on Tuesday he welcomed any support, including from Iran, to help Lebanon through its crisis.

Iranian fuel will be delivered by truck via Syria

Sources with knowledge of the matter told Reuters that the first shipment of fuel will be delivered to Lebanon via Syria by truck to avoid complications related to sanctions.

“Choosing to receive the vessel via Syria is not related to any fear of targeting by Israel or the U.S. but is due to internal considerations related to not wanting to implicate any allies,” one source told Reuters.

The sources said the shipment would arrive at a Syrian port and then be trucked to Lebanon, with the first priority being to deliver fuel oil to hospitals for power generation.

A report in local newspaper Al Akhbar on Thursday said the vessel had entered Syrian waters but the tracking service TankerTrackers.com disputed the report.