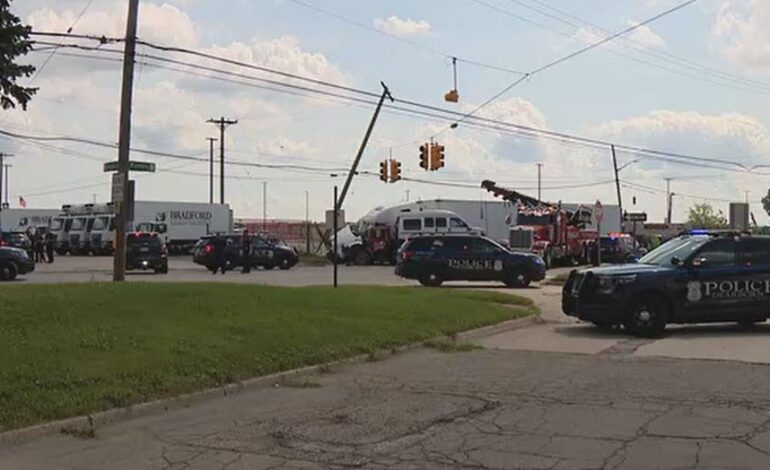 Fatal accident in Dearborn involving a tow truck and a semi

DEARBORN — At approximately 1 p.m. on Aug. 31, the Dearborn Police responded to the scene of a two vehicle collision involving a semi and a tow truck.

The accident occurred at Wyoming Ave. and the eastbound I-94 exit ramp.

The officers’ investigation determined that the semi-tractor trailer was traveling north on Wyoming and the tow truck was traveling east on the exit ramp from eastbound I-94 when the tow truck failed to stop for the red traffic signal at Wyoming Ave. and struck the semi.

The driver of the tow truck, a 55-year-old Lincoln Park man, was ejected and pronounced dead at the scene. The passenger, a 67-year-old Detroit man, was also ejected and was transported to a local hospital for serious injuries, but is expected to recover.

The driver of the semi, a 48-year-old Ypsilanti man, was not injured.

Although the incident is still under investigation, Dearborn police say that alcohol does not appear to be a factor at this time.

“This is a tragic situation for our entire community,” Chief Ronald Haddad said. “We send our condolences to the families involved.”

Anyone with information is asked to contact the Dearborn Police Department at 313-943-2241.