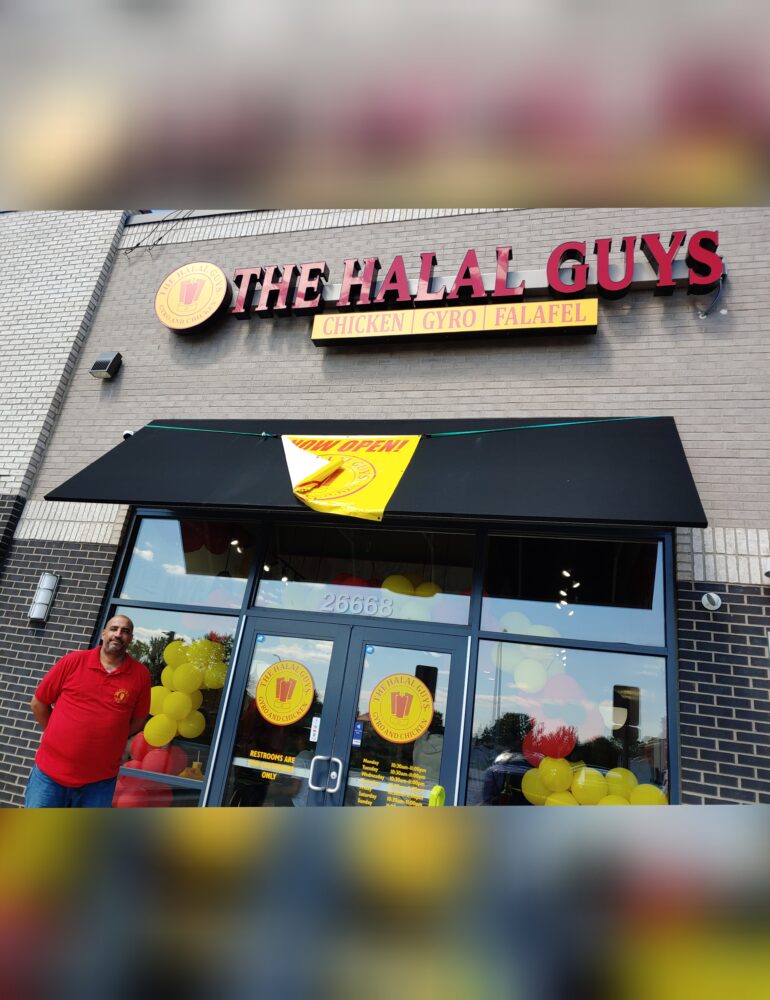 DEARBORN HEIGHTS — The New York sensation, The Halal Guys, has found a home in Dearborn Heights, becoming the first location to open in Michigan.

The Halal Guys began as a hot dog cart in New York City in 1990, founded by three Egyptians.

As many of their customers were Muslim taxi drivers, the customers had told the founders that they had very few outlets for halal food options in the five boroughs.

When the founders began selling platters of chicken and gyro over rice and falafel sandwiches, some of their loyal customers had started calling them “The Halal Guys”, which gave them their name.

We are halal and we welcome anyone in the community to come and try us out. Give us a chance. If you see a long line, don’t be discouraged; come and support us. — Mohammad Hamad, owner

Now more than 30 years later, The Halal Guys have more than 400 locations worldwide, but this week, the very first location in Michigan opens in Dearborn Heights.

Having been born and raised in Dearborn, Mohammad Hamad had spent a few years of his early teens in New Jersey, where he experienced what The Halal Guys had to offer.

He and his business partner, Mufid Farha, loved the food and thought the community would, too, prompting them to open their own franchise.

“We wanted to bring it to our hometown,” Hamad said. “We had a soft opening last week, but we have seen thousands of people come through our doors already and we have been open for less than a week.”

With the original New York City food carts operating around the clock, The Halal Guys became known for not only their food, but their signature long lines and their signature sauces.

“Our foods are 100 percent certified halal,” Hamad said. “We are halal and we welcome anyone in the community to come and try us out. Give us a chance. If you see a long line, don’t be discouraged; come and support us.”

Hamad, who has also been active in different charities around the community, added that he hopes the community will see this and support young Muslims with big dreams.

“It’s very important to support young, Muslim entrepreneurs,” he said. “I started a little bit late, but it’s never too late. If you have a goal or an idea, invest in our community and build in our community.”

With a five-store commitment, Hamad and Farha plan to open their next location in downtown Detroit.

“With this commitment, we will be opening more stores as early as November,” he said. “We are always hiring and training and we have several opportunities for growth within our franchise.”