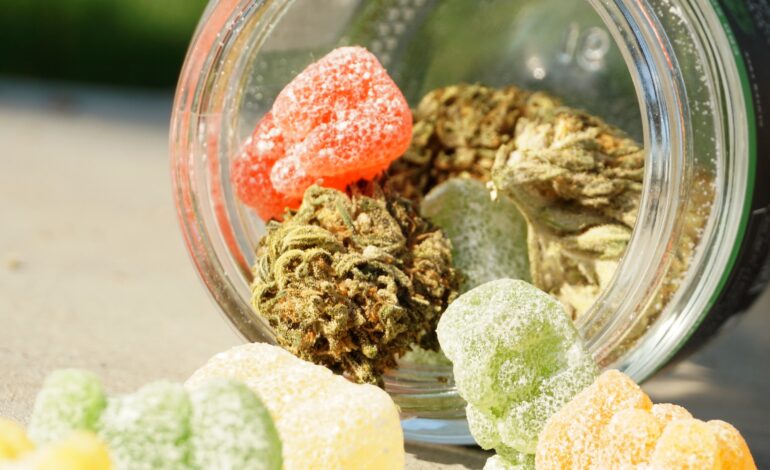 Health experts from Henry Ford Hospital are warning parents with young children about the dangers of accidentally ingesting candy and other treats that contain marijuana.

The hospital system says that the rates of children accidentally overdosing on THC-laced edibles have increased as more and more states make pot legal. The sale and consumption of recreational marijuana is legal in Michigan, with certain age and other restrictions.

Experts says marijuana edibles are easy to buy online and their colorful, candy-like packaging looks enticing to children. While the packaging may say “medicated” or “magic”, it’s not always clear what that alludes to.

“With a lot of edible candies, unless you look fairly closely, you can’t tell that they’re not real candy,” said Leonard Pollack, M.D., a pediatrician at Henry Ford. “It’s troublesome: If you buy something like Tylenol, it comes in child-resistant packaging. But these aren’t child resistant, they’re child enticing. Some look like major candy brands that everyone knows about.”

Some edibles manufacturers make products appear like name-brand candies. Recently, Mars Wrigley, the company that makes Skittles, filed a lawsuit against a dealer that’s using the Skittles name and branding against its will.

Some adults may keep edibles in their kitchen pantries or on their bedside tables as a sleep aid. These are easy for children to grab without knowing the candy’s contents.

“I can just imagine a child taking them to school and sharing them with their classmates; it’s such a dangerous situation,” Pollack said.

Marijuana can be dangerous for children

Marijuana edibles are often strong, with delayed effects, and chances are that a child will eat more than one.

“If a child gets high, their judgment will be impaired,” Pollack said. “They could get hit crossing the street. A marijuana overdose is unlikely to be fatal, but poor judgement could be fatal. We also don’t know whether there are any long-term effects of marijuana on a child’s brain.”

Pollack also worries that if parents didn’t know the child overdosed, they would receive many tests and treatments in the ER to discern the cause of their hysteria and symptoms.

“Until we realize that they overdosed on edibles, we would worry that these symptoms were being caused by meningitis or another serious issue,” he said.

Pollack said there isn’t really any other antidote to THC ingestion than an IV with fluids to help flush out the marijuana.

Parents can do more to protect their children from an accidental THC ingestion.

“It’s important for parents to know that this is happening, whether they’re intentionally buying it for themselves or their kids are getting it elsewhere,” Pollack said. “And if parents are buying edibles for themselves, it’s something that needs to be treated appropriately and seriously.”