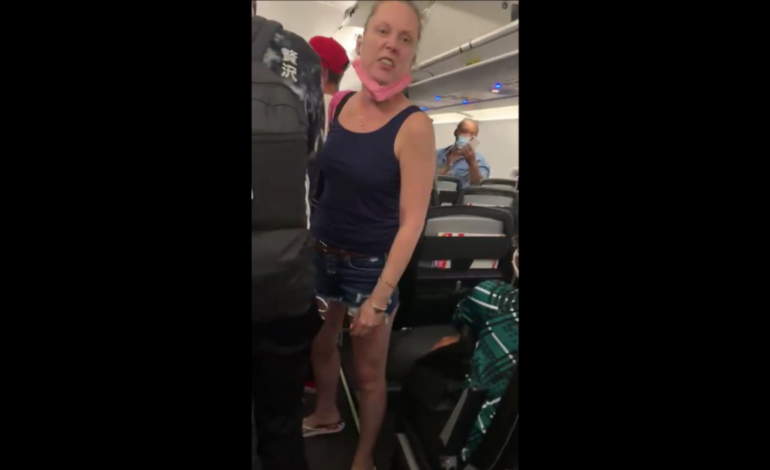 WAYNE COUNTY — On Saturday, Sept. 11, the Wayne County Sheriff’s Department arrested a White woman who assaulted a Muslim African American woman on a flight from Atlanta to Detroit.

Aicha Toure, who is visibly Muslim due to her headscarf, was traveling on a Spirit Airlines flight from Atlanta to Detroit when a White woman whom she did not know boarded the plane acting belligerently.

During the flight, the White woman reportedly started altercations with minority crew members on the flight and upon landing in Detroit began harassing and intimidating an older woman who looked to be of South Asian descent.

When Toure asked the woman to stop cursing at the older woman, she became violent and called Toure a “Muslim Terrorist”, along with a number of profanities.

When the White woman realized Toure and others were recording her Islamophobic comments, she allegedly struck Toure with her fist before Spirit crew members were able to intervene.

Now, the Michigan chapter of the Council on American-Islamic Relations (CAIR-MI), a local chapter of the nation’s largest Muslim civil rights and advocacy organization, is calling on the Wayne County Prosecutor’s office to charge the woman with a hate crime under Michigan’s Ethnic Intimidation Statute.

“The alleged actions of this individual are reprehensible and she clearly targeted religious and racial minorities for her violent words and actions,” said CAIR-MI Staff Attorney Amy Doukoure. “Michigan’s Ethnic intimidation law was created to protect people like Ms. Toure from being assaulted after being called a Muslim terrorist while traveling on the 20th anniversary of 9/11. It is imperative that Wayne County Prosecutor’s Office takes this hate crime seriously and ensures that Muslims are safe from hate and violence in all aspects of their life.”

Michigan’s Ethnic Intimidation Statute MCL 750.147b, makes it a felony to harass or assault someone because of their religion or race.