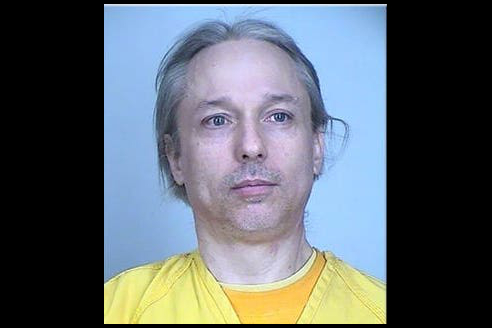 Hari had established a terrorist militia group called “The White Rabbits” in Clarence, Illinois and recruited co-defendants Michael McWhorter and Joe Morris to join the militia, which Hari outfitted with paramilitary equipment and assault rifles.

Evidence revealed that on Aug. 4 and 5, 2017, Hari, McWhorter and Morris drove in a rented pickup truck from Illinois to Bloomington, Minnesota to bomb the DAF Islamic Center. Hari targeted the DAF specifically to terrorize Muslims into believing they are not welcome in the U.S. and should leave the country.

Hari, McWhorter and Morris arrived at the mosque on Aug. 5, early in the morning. At Hari’s direction, Morris used a sledgehammer to break the window of the imam’s office at the DAF and threw a plastic container with a mixture of diesel fuel and gasoline into the office. He then lit the fuse on a 20 lb black powder pipe bomb and threw it through the broken window. McWhorter and Morris ran back to the truck where Hari was waiting in the driver’s seat. The three men sped away from the building and drove back to Illinois.

When the pipe bomb exploded, the blast caused extensive damage to the imam’s office. It also ignited the gasoline and diesel mixture, causing extensive fire and smoke damage. At the time of the bombing, several worshipers were gathered in the mosque for morning prayers.

Before sentencing, Hari asked a judge to legally acknowledge her transgender identity. Her defense argued that gender dysphoria and right-wing misinformation fueled her “inner conflict.” Reasoning that Hari was living a double life, her defense asked the judge for no more than the minimum 30-year prison sentence, not the life term prosecutors had requested.

McWhorter and Morris pleaded guilty to their roles in the bombing in January 2019. Their sentencing hearings are yet to be scheduled.

“Hari sought to terrorize an entire faith community,” said Deputy Attorney General Lisa O. Monaco.  “Today’s sentence makes clear that such acts of hate-fueled terror will not be tolerated. The Dar al-Farooq community has shown powerful strength and resolve during this case.  As demonstrated by this verdict and sentence against Hari, the Justice Department will prosecute hate crimes to the full extent of the law, including those that target places of worship and other religious sites.”