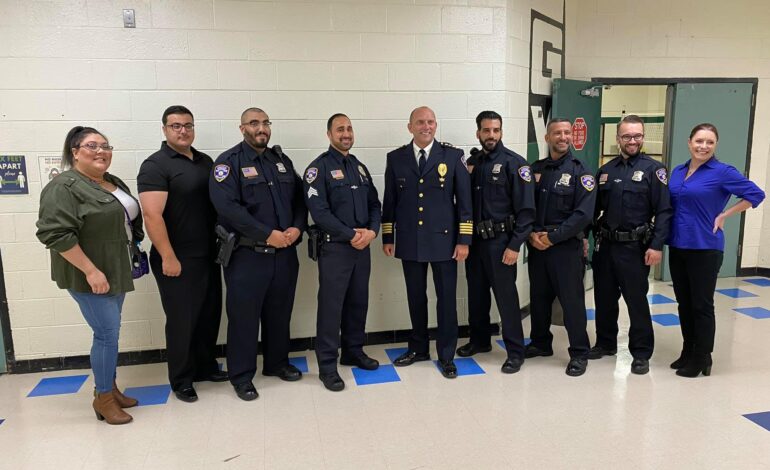 DEARBORN HEIGHTS — Six police officers and two dispatchers were recognized at the Dearborn Heights City Council meeting for their actions in a 2020 active shooter situation.

On Aug. 29, 2020, Dearborn Heights police responded to calls of a man on a balcony at the Cherry Hill apartment complex waving a rifle around.

Officers then returned fire and shot and killed the suspect, later finding the bodies of the suspect’s 67-year-old mother and 33-year-old sister in the apartment, along with another rifle and several loaded magazines.

During the Sept. 14 City Council meeting, all officers and dispatchers who handled the situation were issued a Council citation for their service during that incident.

“Many times, law enforcement officers and our public safety dispatchers, events happen on a day-to-day basis that we want to recognize, but understand that we work in a field where everything we do is scrutinized, it is reviewed and it is looked at one, two, three times because sometimes the actions we have to take are both serious and grave,” Chief Mark Meyers said. “And if we do our jobs properly, like the men and women here today have, we can come here today and celebrate the great work that they have done protecting themselves, protecting others and protecting the residents of Dearborn Heights.”

“A complete and extensive independent investigation by the Michigan State Police Investigative Unit and review by the Wayne County Prosecutor’s Public Integrity Unit determined that every officer involved acted lawfully and within their scope of responsibility to protect their lives and the lives of others,” Meyers said. “Sergeant Bazzy, officers Mazloum, Chami, Ananich, Ayoub and Unis exhibited courage and heroism in the face of extreme danger. The subject’s actions on that day showed a complete disregard for human life to include his own. The swift response and coordination by these officers, combined with their dependence on training and tactics, ended an ongoing threat to life.”

Mayor Bill Bazzi said he is grateful for the officers and their families.

“I am greatly impressed by the actions of our Dearborn Heights police officers who have displayed incredible dedication to duty,” he said. “It is a daunting task to go against one’s instinct to flee a dangerous situation and instead go towards danger, defuse the situation and eliminate the threat to the public. I am also grateful to the families who support our officers as they work tirelessly to keep our residents safe.”