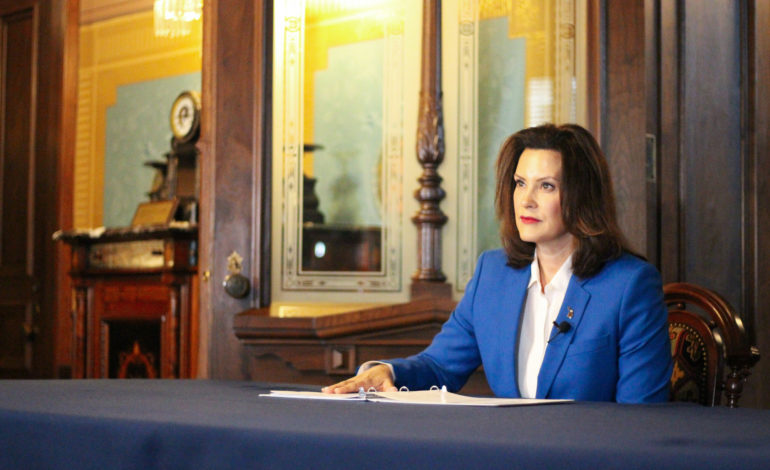 LANSING — Governor Whitmer and the state legislature have come together on a bipartisan budget agreement for Fiscal Year 2022, which begins Oct. 1.

“I am thrilled that the legislature and I were able to come together to agree on a bipartisan budget,” Whitmer said. “Our collaboration is a testament to what’s possible when we work together and put our families, communities and small businesses first. The budget will make the biggest-ever one-time deposit into our rainy day fund, repair or replace nearly 100 bridges, expand childcare to 105,000 kids at low or no-cost, replace lead service lines, permanently raise pay for direct care workers and do so, so much more.”

Whitmer also said she looks forward to continuing to work together.

“I look forward to continuing in the spirit of collaboration to spend the billions in federal dollars we have available to us from the American Rescue Plan and the billions more we are expected to receive from the bipartisan federal infrastructure bill,” she said. “When we come together, we are capable of making incredible progress and I am proud that we got this done.”

When we come together, we are capable of making incredible progress and I am proud that we got this done. — Governor Gretchen Whitmer

“I am proud of this budget and the collaboration with the legislature to create a spending plan centered on transformational investments that will drive Michigan’s continued recovery,” State Budget Director David Massaron said. “This budget is going to help Michigan emerge as an even stronger state and it provides the type of investments that will foster real and lasting improvements to support Michigan’s families and businesses.”

The budget is also providing strong investments for the state’s infrastructure, including $196 million for local bridge bundling to repair or replace nearly 100 crumbling bridges in serious and critical condition, $14.3 million to help local governments prepare for climate change and extreme weather, including flooding and coastal erosion, $19 million for dam repairs and replacements to mitigate flooding and hazards caused by dam malfunctions and $3 million for the Michigan Infrastructure Council.

The budget also includes $7.3 million in increased funding to hire and train new corrections officers for the state’s prison system, more than $800,000 in new funding for wellness initiatives for corrections employees, Department of State Police investments of $3.8 million to expand the use of body cameras, $4.5 million for a professional development and training effort, $7.7 million for a trooper recruit school, $2.5 million for breathalyzer test replacements, a $2 million increase in secondary road patrol grants, $16 million for 911 system upgrades and $5 million to support local efforts to expand recruitment, improve training, and provide additional professional development to first responders.

The budget will also deposit $500 million into the Budget Stabilization Fund, bringing the total fund balance to nearly $1.4 billion, representing the largest rainy day fund balance in the state’s history.