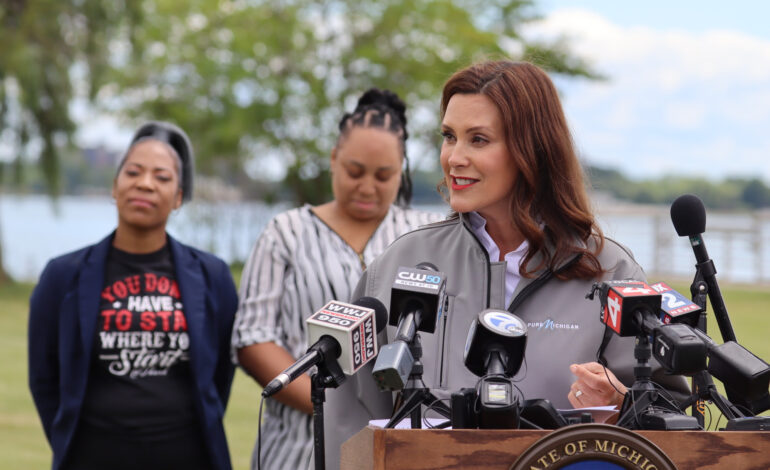 Photo: Office of the Governor

A survey by Lansing-based Glengariff Group shows Michigan voters are split in their approval of Governor Whitmer’s performance in office, an approval that has fallen over time.

The poll was commissioned by the Detroit Regional Chamber. It shows about 48 percent of voters approve of the Democratic governor’s performance and 46 percent disapprove.

The survey, conducted from Aug. 31-Sept. 3, asked 600 Michigan registered voters questions about Whitmer’s job performance and other questions related to elections. The survey had a margin of error of plus-minus 4 percentage points.

Whitmer’s campaign told The Detroit News that in spite of dwindling numbers, it remained confident in its ability to defeat increasingly extremist Republican candidates and that Michigan is a battleground state where elections are always competitive and hard-fought.

Some analysts said Whitmer’s falling approval with independents hurts her those most, saying that Michigan elections are decided by independent voters.

The survey also found that 59 percent of those surveyed found that the country was on the wrong track and 26 percent said it was on the right track.

About 59 percent said the economy was on the wrong track, with 84 percent of unvaccinated voters holding that opinion. A vast majority of those surveyed said they were worried about inflation.

In the poll, 39 percent identified as Democrats, 37 percent as Republicans and 21 percent as independents. About 3 percent didn’t answer.