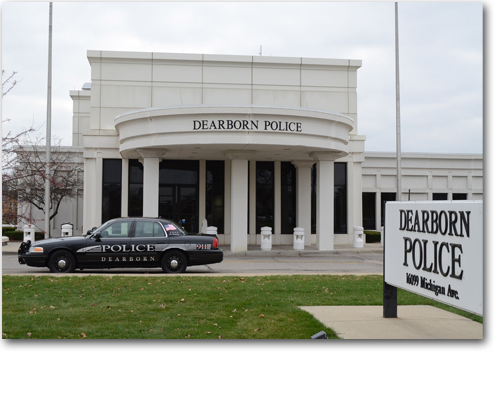 DEARBORN — A 38-year-old Livonia resident died last week during a struggle with Dearborn police officers who were responding to a call.

On Thursday, Sept. 23 at approximately 8:30 p.m., officers were dispatched to the Falcon Inn located at 25125 Michigan Ave.

The report was that someone had been yelling, “call the police” and that there had been a White male holding a room door shut, preventing someone from leaving.

The responding officer made contact with the man, who was reportedly agitated, and while the officer interacted with the individual, a struggle ensued, during which the man became unresponsive.

Officers attempted lifesaving measures and aid from the Dearborn Fire Department was immediately rendered. The subject was transported to Beaumont-Dearborn where he was pronounced deceased.

Michigan State Police are investigating at the request of the Dearborn Police Department and the Dearborn police officers involved have been placed on administrative duty pending the outcome of the investigation.

“Our condolences go out to the decedent’s family,” Chief Ronald Haddad said. “I have confidence that this incident will be thoroughly investigated. Once the investigation is completed, full and transparent disclosure will be forthcoming.”

Anyone with information that could assist with the investigation is asked to contact Michigan State Police at 734-287-5000 and ask for D/Sgt. Adam Henderson.