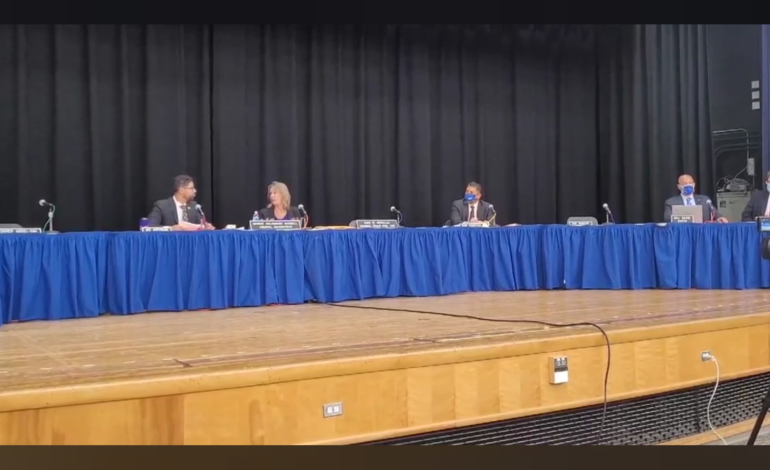 DEARBORN HEIGHTS — With only three members of the City Council attending the Council meeting, there was no quorum and the meeting was forced to be adjourned.

The Council meeting lasted only 12 and a half minutes as only Council Chairwoman Denise Malinowski-Maxwell, Councilman Mo Baydoun and Councilman Bob Constan were in attendance.

Councilman Dave Abdallah told The Arab American News that he was not in attendance because, despite being vaccinated, he tested positive for COVID-19 earlier that day.

Mayor Bill Bazzi and all members of his administration were in attendance as well.

While some residents reported seeing Councilmen Tom Wencel and Zouher Abdel-Hak talking in the parking lot before the meeting, Baydoun spoke to Abdel-Hak over the phone and was advised he had to leave due to a family emergency.

The measly four or five hours a month spent at City Council meetings pale in comparison to the literally hundreds of hours I spend behind the scenes serving our community and the residents of Dearborn Heights. — Councilman Tom Wencel

Councilman Dave Abdallah told The Arab American News that he was not in attendance because, despite being vaccinated, he tested positive for COVID-19 earlier that day.

“I tested positive for COVID-19 yesterday and that is why I could not come; I could not put anyone at risk,” he said. “I’ve always been open to a hybrid type of meeting over Zoom, but now I’m starting to change my mind. I am staying in quarantine and I am feeling okay. I just hope that we can all continue to work together.”

Councilman Ray Muscat, who is still recovering from an aggressive shoulder surgery he had in early September, told The Arab American News that he would hope no one would deliberately protest a meeting.

“I’m hoping that people won’t think this is political or a protest,” he said. “I had warned that I would not be able to be in attendance due to my situation. I don’t want to believe that anyone would protest, but I can only speak for myself. I am still performing my Councilman duties from home while I recover.”

Wencel posted in a social media comment and in a statement to The Arab American News that he was not in attendance as he was objecting to the meetings being held in-person.

“I did not attend Tuesday’s City Council meeting for several reasons; however, the main reason was my concern for the residents of Dearborn Heights, especially those not able to attend an in-person meeting or those who have objections for health reasons to attend a meeting,” he said. “I have asked time and time again to return to Zoom or at the very least, hybrid meetings. My requests have fallen on deaf ears. Not even a, ‘thanks Tom, we’re working on it’, leaving me no other option to defend our residents by boycotting the meeting Tuesday. Zoom or hybrid meetings allows hundreds of residents to be part of a City Council meeting by making statements and asking questions during the actual meeting. The meetings I’ve missed in the past have all been related to family situations.”

Wencel went on to say his work is not measured by the Council meetings.

“My wife and my family are the most important things in the world to me,” he said. “The measly four or five hours a month spent at City Council meetings pale in comparison to the literally hundreds of hours I spend behind the scenes serving our community and the residents of Dearborn Heights. Anybody who knows me knows I don’t have a bad bone in my body, I never talk bad about anyone and my past speaks for itself. The fact that I did something so drastic shows how important I think this matter is to the people of Dearborn Heights. My decision was made for every resident of Dearborn Heights, not just a choice few.”

Constan, who has had perfect attendance to meetings for the entirety of his time on the City Council, said he’s disappointed.

“It’s disappointing to hear that two Council members, I won’t name names, were here and left,” he said. “That’s all I have to say.”

Baydoun, who has also had perfect attendance to meetings since being appointed in January, said he is also disappointed.

“It’s sad to see this happen,” he said. “Residents and City Hall employees showed up to the meeting and I asked the Council chair to allow the public to speak even though we didn’t have a meeting.”