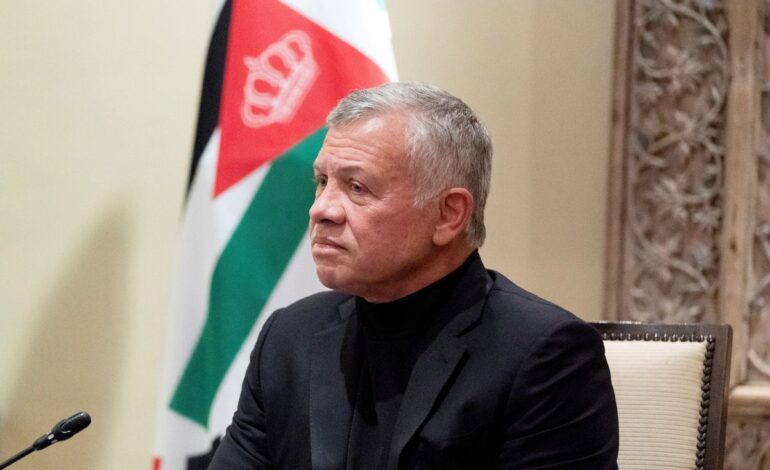 Jordan’s monarchy was back in the headlines this week, with the news that King Abdullah II purchased luxury homes through an offshore scheme that worked to hide a large flow of wealth into tax havens.

Last year, with the country hard hit by the COVID-19 pandemic, Jordan’s government had promised to track every dinar that the wealthy had hidden in tax havens. But this scrutiny apparently did not apply to the country’s king.

It wasn’t until damning leaked documents obtained by the International Consortium of Investigative Journalists (ICIJ), as part of the Pandora Papers, showed Abdullah had spent more than $100 million on expensive properties across the U.S. and U.K., using a network of front, or shell, companies. The Pandora Papers were born out of the world’s largest journalistic investigation and reveal the inner workings of a shadow economy that benefits the world’s wealthy and well-connected “at the expense of everyone else.”

The Pandora Papers investigation reveals that Abdullah has owned at least 36 front companies in secretive tax havens. Fourteen luxury homes, purchased between 2003 and 2017 and valued at more than $106 million, were bought through those companies.

Abdullah purchased homes in some of the U.K.’s ritziest neighborhoods; and in the U.S. luxury apartments in Washington, D.C. were purchased overlooking the Potomac River.

The ICIJ’s report shows the purchase of adjoining beachfront homes under reconstruction at Point Dume, in a posh area in Los Angeles. One, a seven-bedroom mansion on a bluff overlooking the Pacific Ocean, was bought in 2014 through one of the king’s shell companies for $33.5 million.

“Accountants and lawyers in Switzerland and the British Virgin Islands formed shell companies on the king’s behalf and concocted plans to shield his name from public and even confidential government registries,” writes ICIJ’s Will Fitzgibbon.

Abdullah’s attorneys denied anything improper about owning homes through offshore companies. The king is not required to pay taxes under Jordanian law, the attorneys said. Abdullah awards an annual prize for transparency in his name, but a Mid East expert told the ICIJ that Jordan doesn’t have the kind of money that other area monarchies have to allow a king to flaunt such wealth and that the secrecy around the purchases was important to keep the ire of Jordanians off the monarchy. President Biden and King Abdullah II of Jordan meet in the Oval Office of the White House in Washington, D.C., July 19. – File photo

Last year, the U.S. gave Jordan, one of the poorest countries in the world, more than $1.5 billion in aid and military funding. The European Union agreed to provide the kingdom with more than $218 million to soften the economic blow of the COVID-19 pandemic.

The ICIJ says experts familiar with the region say many Jordanians and the tribal leaders who help keep Abdullah in power would have been alienated if the timing of the purchases were made public.

Last year, the U.S. gave Jordan, one of the poorest countries in the world, more than $1.5 billion in aid and military funding. The European Union agreed to provide the kingdom with more than $218 million to soften the economic blow of the COVID-19 pandemic.

As the ICIJ points out, at the time of his luxury D.C. purchases in 2012,  the Jordanian people had taken to the streets over the removal of of a fuel subsidy that they feared would plunge them into poverty.

“Oh, Abdullah son of Hussien, where did the people’s money go?” they chanted. “There are those stealing millions and the rest eating plain bread.”

The Pandora Papers showed the king had several advisors in his offshore dealing, including Andrew Evans, a British accountant, and the shell company management firm Alcogal. The advisers were careful about keeping things discreet, often referring to him as “final beneficiary” or “you know who.”

This week, Politico reported on documents filed with the U.S. Justice Department that showed in the days before the publishing of the Pandora Papers, Abdullah, who is a close ally of the U.S., was in the midst of hiring a law firm to provide “legal advice related to potential defamation and other legal remedies associated with inquiries” or reports involving him.

The 59-year-old also hired a PR firm specializing in reputation management and negative suppression before the stories about his offshore activities came out.