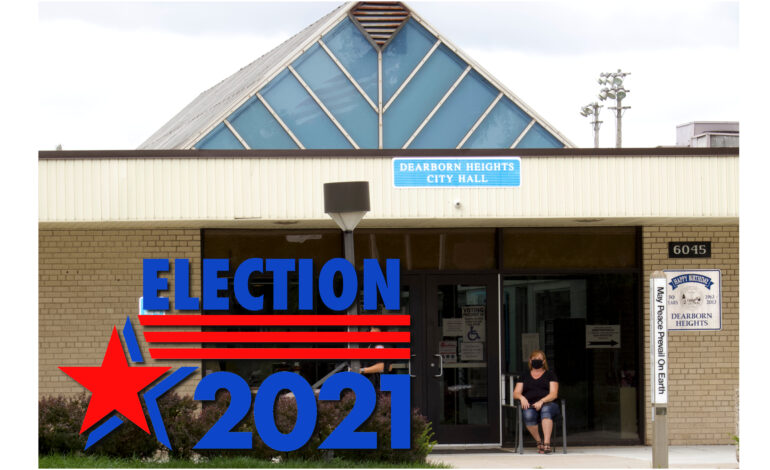 DEARBORN HEIGHTS — With the general elections fast approaching, some residents may not know what is on the ballot for their precincts.

The partial term for mayor is to finish the late Mayor Daniel Paletko’s term, as he passed suddenly in December from COVID-19. The full term for mayor will end on Dec. 31, 2025.

Bazzi, a former marine, was elected to the City Council in 2017 and was appointed mayor in January, following Paletko’s death. Malinowski-Maxwell has been Council chairwoman since 2018 and served as mayor pro-tem before Bazzi was appointed by the Council. Camilleri, a local businessman who had put his name in for consideration at the time of the appointments and had interviewed for the position in January, came in a distant third in the August primaries but chose to file as a write-in candidate for the general election.

The partial term for the city clerk is to finish out former Clerk Walter Prusiewicz’s term after he resigned in May 2020 due to COVID-19 related issues.

Clerk Lynn Senia, who was the City Council secretary prior to interviewing and being appointed by the Council following Prusiewicz’s resignation, is running uncontested for both terms.

The candidates for the partial term on City Council are incumbent Mo Baydoun, who was appointed in January to fill the vacancy left by Lisa Hicks-Clayton when she was elected treasurer in 2020, and former Councilman Ned Apigian, who was first elected in 2009.

The six candidates for the four full Council term include incumbents Zouher Abdel-Hak, who was appointed to the City Council in January to fill Bazzi’s seat, Tom Wencel, who was elected in 2017, and Robert Constan, who served in the Michigan House of Representatives and has been a councilman since 2013; and newcomers Hassan Ahmad, a local realtor, Nancy Bryer, who had interviewed for the vacant City Council positions before, and Rachel LaPointe, an avid volunteer with many organizations.

Treasurer Lisa Hicks-Clayton is seeking a four-year term  and is running uncontested.

Residents in Precinct 20-Taylor will have to vote on a school improvement bond for the Taylor School District.

The estimated millage that will be levied to pay the proposed bonds in the first year is 3.64 mills, which is equal to $3.64 per $1,000 of taxable value.

Residents in Precincts 23-27, or the D7 School District, will vote on a millage that will allow the school district to continue to levy not more than the statutory maximum rate of 18 mills on all property except the principal residence and qualified agricultural property required for the school district to continue to receive its full revenue per pupil foundation allowance.

Residents in Precinct 1-22 (except for 20) do not have any proposals on their ballots.