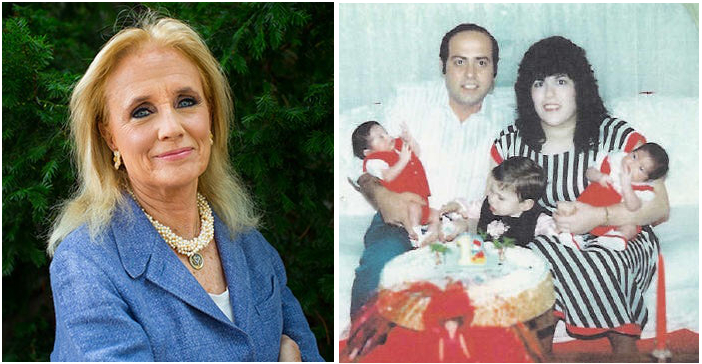 DEARBORN — This week, U.S. Rep. Debbie Dingell introduced legislation in the U.S. House inspired by the story of a Dearborn family in the 1980s.

The legislation, named the Samier Amer Foster Care Improvement Act of 2021, requires state foster care programs to ensure children are prioritized for placement with their relatives and puts additional requirements in place for a fairer decision-making process when an agency places a child.

In 1985, Rehab and Ahmed Amer lost two of their children to Michigan’s foster care system after the accidental death of their son. Although cleared of any wrongdoing, the state refused to return the Amers’ children to their custody or allow a relative to care for the children.

When Rehab’s brother petitioned to be a foster parent to the Amers’ children he was denied, even though he had previously served as a foster parent for other children. Since then the Amer family has advocated tirelessly for improving foster care policies for all children.

A similar legislation was previously introduced as the Rehab and Ahmed Amer Foster Care Improvement Act of 2019.

In 2010, former Michigan Governor Jennifer Granholm signed the AMER Bill into Law. The law makes the state give adoption priority to foster children’s relatives and, if a relative isn’t capable, give special consideration for the placement into a family of the same religion as the child’s immediate family.

Rahab Amer spoke to The Arab American News in 2019 about her work building a strong non-profit organization that protects children and empowers parents, especially when an unprecedented number of refugees were arriving in the state. She also spoke of a need for Muslims to become licensed foster parents to ensure that the ethnic and cultural backgrounds of foster children are cared for and maintained, especially if asked by biological families.

“There is a need for more Muslim foster parents to be licensed,” she said. “I took the orientation through an approved agency myself in order to be licensed. We need others in the community to be there for those children who become wards of the state and do not have a Muslim next of kin that can foster the child.”

She also strongly urged the nation’s Muslim community to to reach out to their state representatives and request their support of Dingell’s legislation.

The new legislation requires that within 30 days after the removal of a child from the custody of the parent or parents, “the state shall exercise due diligence to identify and provide notice to all adult grandparents and other adult relatives of the child (including any other adult relatives suggested by the parents), subject to exceptions due to family or domestic violence.”

It also requires that the agency explain the relative has under federal, state and local law to participate in the care and placement of the child, including any options that may be lost by failing to respond to the notice.

“The well-being and safety of children must be a top priority across the board, but especially when a child in foster care is being matched with a family,” Dingell told The Arab American News. “Whenever possible, we must keep families together and ensure children are placed into a safe and nurturing environment with relatives they know and love.

“Michigan now has the laws that make this possible, but only after the Amer family lost their children to the state’s foster care system. The Samier Amer Foster Care Improvement Act would ensure the federal government follows Michigan’s example so future children or families don’t have to go through this painful experience.”

A full text of the new legislation can be found here.