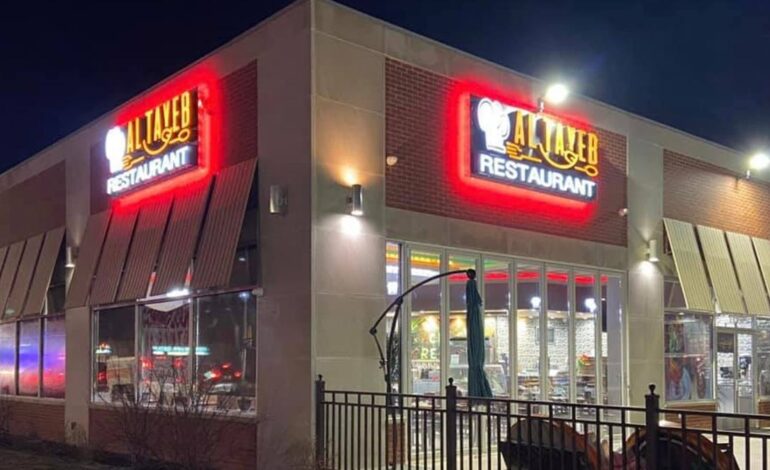 DEARBORN — AlTayeb of Dearborn has become the only restaurant in Michigan to make the New York Times’ list of top 50 restaurants across the U.S.

The Lebanese restaurant is located at 15010 Warren Ave. in Dearborn.

With the first location growing in popularity, the family decided to open a bigger location in Dearborn, which opened just weeks before the COVID-19 lockdown.

“We operated five weeks and then the shutdown was in effect for eight weeks,” Mirna Hamade told The Free Press. “We provide an experience more than food. It brings a lot of memories for the people who grew up eating this food on Sundays.”

Despite the shutdown, AlTayeb’s Lebanese feasts have grown a loyal customer base and the business is still in full swing.

Sanji had worked as a professional chef in Lebanon for decades before moving to Michigan and now he takes the lead in both the Garden City and Dearborn kitchens.

“Ali Hamade and his son-in-law, Ahmad Sanji, opened the first AlTayeb — ‘the delicious’ in Arabic — as a sub shop in 2017,” the Times article read. “That original location, in nearby Garden City, dropped the sandwiches after it became locally famous for its weekend-only Lebanese breakfasts. The evolution continued when this larger, convivial location opened last year. The all-day menu includes breakfast dishes like fatteh and makanek sausages with sunny-side-up eggs, along with versions of Levantine staples (cheese-stuffed baby eggplants, 10 varieties of foul and hummus, hot-to-the-touch batata harra) that stand out in a Detroit metro area teeming with them.”