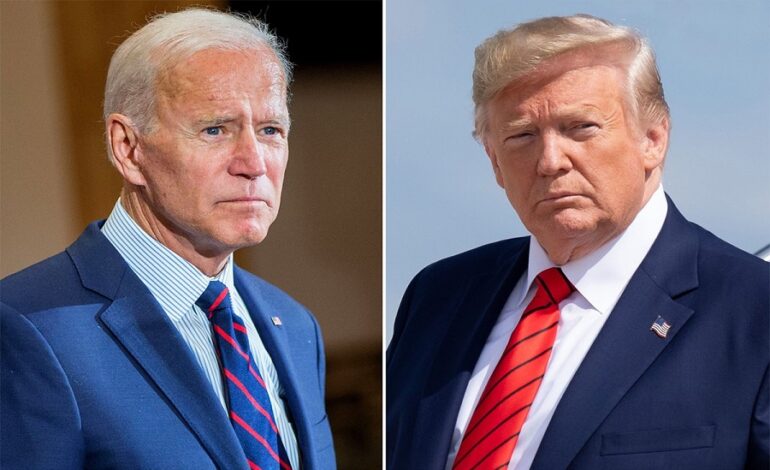 When Joe Biden was declared the winner in the U.S. elections last November, expectations in Ramallah were high. A Biden administration, compared to the brazenly pro-Israel Trump administration, would surely be much fairer to Palestinians, was the conventional wisdom at the time.

Hence, unsurprisingly, Palestinian Authority President Mahmoud Abbas was among the first world leaders to most enthusiastically congratulate Biden. “I look forward to working with the president-elect and his administration to strengthen the Palestinian-American relations and to achieve freedom, independence, justice and dignity for our people,” Abbas said immediately after the results were announced.

Contrastingly, the then-Israeli prime minister, Benjamin Netanyahu, waited for a relatively long time to offer his congratulations, hoping, perhaps, that his close friend and staunch political ally, Trump, would succeed in reversing the outcome of the elections.

Nearly a year later, however, one struggles to understand the Palestinian euphoria of last year and the absence of criticism of the current U.S. administration for failing to reverse most of the pro-Israel decisions enacted by Trump. The latter’s unwarranted steps included the recognition of Jerusalem as Israel’s capital and the relocation of the U.S. embassy from Tel Aviv to Jerusalem, all in violation of international law and even the U.S.’ own declared policies.

Considering all of this, why does the PA leadership remain largely silent regarding the fact that the Biden administration, despite its rhetoric about peace and dialogue, maintains the same degree of commitment to Israel as Trump’s? The short answer is money.

Indeed, the only tangible step that the Biden administration has taken in the last year has been the restoration of funds that Trump had withheld from Palestinians, thus reversing a nearly three-decade U.S. policy of, along with other “donor countries”, bankrolling the PA.

In April, the White House declared its intentions to restore some, though not all, funds to the Palestinians. The amount of $235 million was to be paid in the form of $75m in economic and developmental assistance, $10m in “peace-building” programs to be provided by the U.S. agency, USAID and the remaining in humanitarian assistance to the Palestinian refugee agency, UNRWA.

The latter decision, however, did not come without caveats. On July 14, UNRWA reached an agreement with Washington regarding the use of these funds. The so-called Framework for Cooperation stipulated that “The U.S. will not make any contributions to UNRWA, except on the condition that UNRWA takes all feasible measures to ensure that no part of the U.S. contribution is used to assist any refugee receiving military training” as part of any Palestinian resistance group. Under the agreement, which was strongly criticized by Palestinians, UNRWA will receive an additional $135 million from the U.S..

On the political front, however, there is little else to report. The Palestine Liberation Organization (PLO) office in Washington, although expected to be reopened by Biden after its abrupt closure by the Trump administration in September 2018, remains closed.

Additionally, the U.S. consulate in occupied Palestinian East Jerusalem, which was also shut down by a Trump decision, remains “a major point of contention” between Israel and the U.S., according to Axios.

As soon as the Biden administration declared its intentions to reopen its mission in Palestine, top Israeli officials have poured into Washington to prevent even this symbolic Palestinian gain from taking place. Israeli Prime Minister Naftali Bennett raised the issue with Biden during their White House meeting in August, requesting that he refrain from carrying out such a move and opening the consulate in Ramallah, instead, the Times of Israel reported.

In September, Israeli Foreign Minister Yair Lapid had warned Washington that restating the U.S. mission in East Jerusalem was a “bad idea”, alluding that such a decision could force the collapse of Israel’s fragile coalition.

The subject also topped the agenda of Secretary of State Antony Blinken and Lapid during their meeting in Washington in October. “I don’t know how to hold this coalition together if you reopen the consulate,” Lapid told Blinken, as conveyed by Israeli officials and reported by Axios.

To avoid a confrontation and to buy time for the Israeli government, Blinken proposed a committee made up of U.S. and Israeli officials to “discuss the issue with maximum discretion.”

The Israeli government is using the current fractious ruling coalition as a pretense to defer the U.S. decision on the consulate, hinting that if the U.S. moves the embassy before the government budget passes in November, the government will dissolve, thus ushering in the ominous possibility of Netanyahu’s return.

It is expected that the joint U.S.-Israeli committee will not be formed until the budget vote, and even then, it is unclear if Washington will succeed in persuading Israel to respect Biden’s decision.

Notably, while the matter of the consulate should concern Palestinians most, no Palestinian official will be included in the Blinken-Lapid exclusive and secretive talks. More bizarrely, the PA does not seem to mind, as we are yet to witness a public outcry by Abbas and his officials. This is, of course, typical PA behavior, for as long as U.S. funds are, again, finding their way to PA coffers, all other issues seem of little or no urgency.

A short distance away from the city’s “liveliest parties”, hundreds of Palestinian families are either being evicted or face the risk of evictions by the U.S.-funded Israeli police and army and a bit further away is Israel’s apartheid wall that continues to segment occupied Palestine based on race, ethnicity and religion.

However, even if a political compromise is found, and an American consulate is finally reestablished, how will this alter the reality on the ground?

Since 1994, the U.S. consulate has served a largely symbolic role, one that mattered most to the PA. It hardly altered the political equation on the ground in favor of Palestinians. In a telling and surreal reference to the consulate, Noga Tarnopolsky wrote in the Los Angeles Times in 2019, “The consulate was known for hosting one of the liveliest parties on Jerusalem’s annual schedule, a July 4 gala held on the front lawn.”

A short distance away from the city’s “liveliest parties”, hundreds of Palestinian families are either being evicted or face the risk of evictions by the U.S.-funded Israeli police and army and a bit further away is Israel’s apartheid wall that continues to segment occupied Palestine based on race, ethnicity and religion. One is justified, then, not to hold much hope that the reopening of the U.S. mission will remotely change this horrific status quo.

The Biden administration is proving to be but a soft facade to the same policies enacted by the Trump administration. Only, this time, the Palestinian Authority, for self-serving reasons, does not seem to mind.