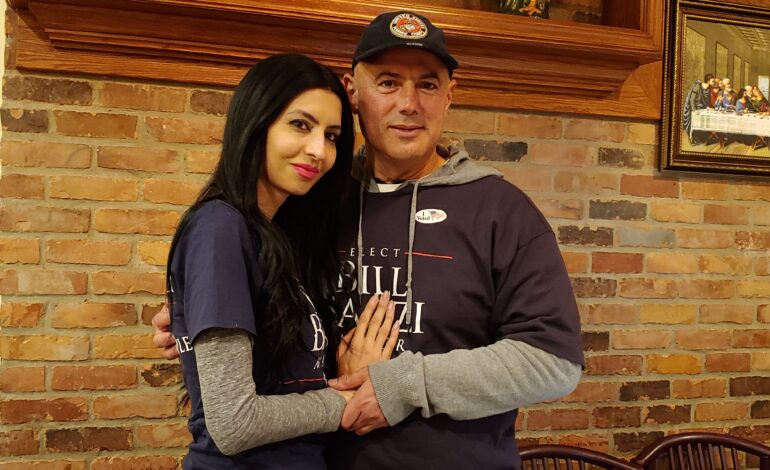 Election results for the mayoral race. Screenshot from Wayne County

The partial term was to finish the term of former Mayor Daniel Paletko, who had passed away in December of COVID-19 and had been mayor since 2004.

Following Paletko’s death, Malinowski-Maxwell became interim mayor as part of the city charter rules. In January, Bazzi was appointed mayor in a 4-3 vote.

But I don’t look at any of this as making history, I’m looking at it as I’m serving the people and serving Dearborn Heights. — Mayor Bill Bazzi

During the campaign, Malinowski-Maxwell accused Bazzi of faking his 21 years of service with the Marines. The two have clashed at times on some other issues during Council meetings as well.

In his victory speech at his celebration held at Antonio’s in Dearborn Heights, Bazzi said he is thankful for his wife, Nadia Fadel-Bazzi, for her support

“This isn’t about me,” he said. “This is about the city of Dearborn Heights. I am very grateful for everyone and everybody’s support. But a special thank you to Nadia.”

Councilman Dave Abdallah was at the event and said that he is proud of the work Bazzi has done.

“I knew he was going to do well,” he said. “But he has totally, totally exceeded the expectations.”

“I am honored and humbled to be elected by the people as mayor of Dearborn Heights,” Bazzi said in a Facebook post. “I am overwhelmed by the outpour of support that I received from family, friends, amazing volunteers of all ages and our residents at large. Our community will continue to rise together as we collectively propel our great city forward.”

Despite making history, Bazzi said that he doesn’t really look at it that way.

With many students from Crestwood and Annapolis High Schools having come out to support him and even having helped volunteer at the polls, Bazzi said he is proud of the children in the community.

“The sky’s the limit,” he said. “If you work hard and do the right thing and stay focused, you can achieve anything; you just need a dream and a passion. If I can do everything in my life that I’ve done, including this, then anyone can. I am grateful when I see youth involved in civic duties and serving the community as it serves as an inspiration to even younger generations and comes full circle. I’m proud of them and there’s a good process of caring about each other and about our community. This really brings us all together and shows that we are and have one strong community.”