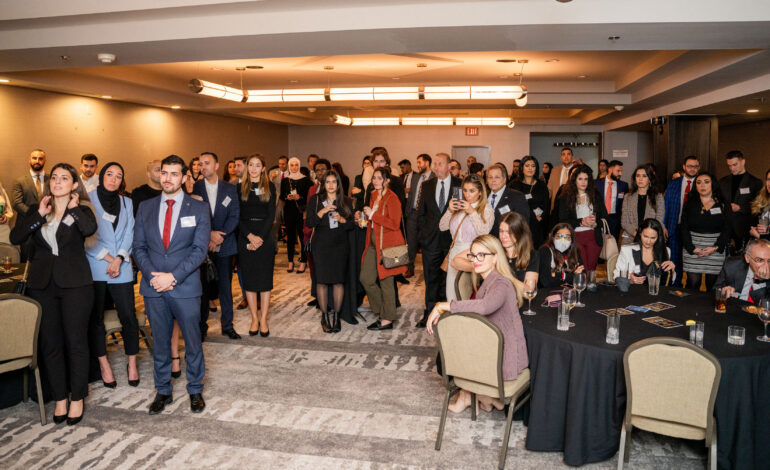 This was the new association’s first event and the organization says it was elated by the turnout. A press release by the organization says the khalta, or social event, was truly a mixer, bringing together more than 100 judges, magistrates, attorneys, law students and change makers from the community in one place to meet one another while enjoying some delicious food and drinks.

Soujoud Hamade, the inaugural NAABA Michigan president, along with Peter Grace, the NAABA Michigan treasurer, gave a speech thanking all those in attendance and presented gifts to the guests of honor. The speech also included a major gratitude to the sponsors who made the event possible.