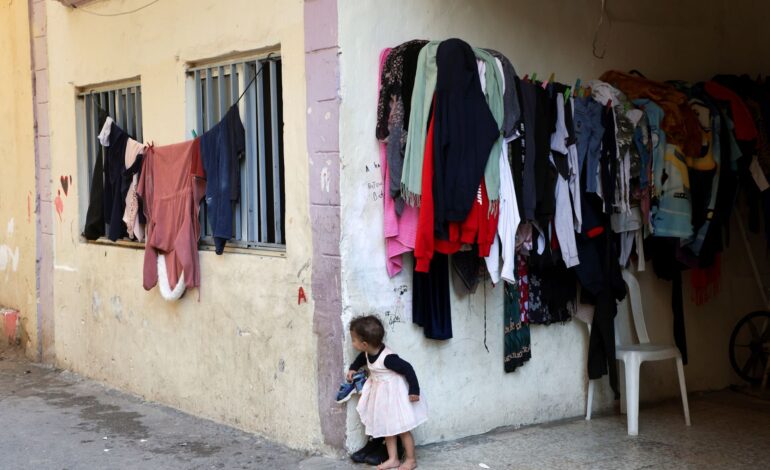 A child peeks from behind a corner of a building in Beirut's Karantina district, Lebanon, Nov. 22. Photo: Mohamed Azakir/Reuters

BEIRUT — More than half of families in Lebanon had at least one child who skipped a meal by October amid a “dramatic deterioration of living conditions,” the U.N.’s children’s fund said in a report released on Tuesday.

Children have been hit hard by the country’s deep economic crisis exacerbated by the global coronavirus pandemic, which has left about eight in 10 people poor and threatens the education of some 700,000 children, including 260,000 Lebanese, the report said.

The multifaceted crisis, rooted in decades of corruption and mismanagement, has led to a breakdown in the provision of basic services such as electricity and water.

Nearly half of households had insufficient drinking water by October, the report said, with a third of them citing cost as the main factor.

“The staggering magnitude of the crisis must be a wake-up call,” said Yukie Mokuo, a UNICEF representative in Lebanon.

The report noted that less than three in 10 families had received social assistance, leading them to take “desperate measures.”

The proportion of Lebanese families sending children to work increased sevenfold to 7 percent between April and October, the report said.

Prime Minister Najib Mikati’s government has yet to implement programs, including a $246 million World Bank-funded loan to the already-indebted country adopted by parliament in March and a $556 million ration card scheme backed by the legislature in June.

“Urgent action is needed to ensure no child goes hungry, becomes sick or has to work instead of receiving an education,” Mokuo said.