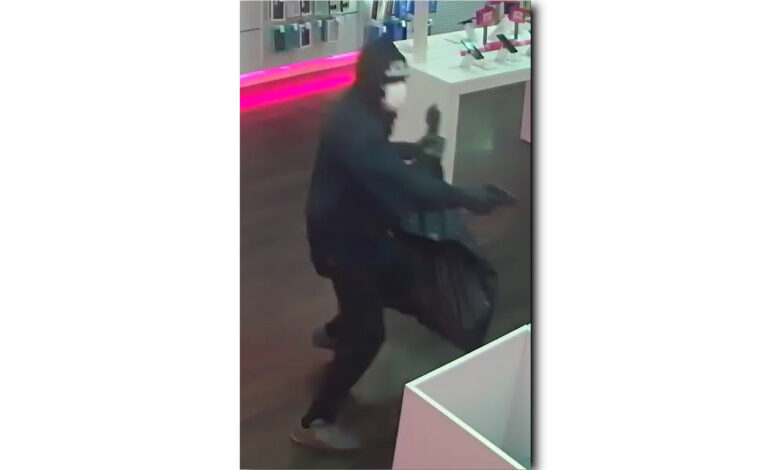 Suspect in an armed robbery that occurred on Wednesday, Dec. 15. Photo via Dearborn Police Department

DEARBORN — On Wednesday, Dec. 15, at approximately 7:50 p.m., Dearborn police responded to the 7500 block of Wyoming on a report of an armed robbery.

The report came from a local business.

Police say that upon arrival, it was discovered that an unknown African American man wearing a surgical mask and all-black clothing had entered the store and fired one round at a victim. The suspect stole several items from the store before attempting to leave and fired a second round at another victim as he was leaving.

Neither of the victims were injured.

“This is a heinous crime that is totally unacceptable,” Dearborn Police Chief Ronald Haddad said. “We are thankful that no one was injured and we will dedicate all of our resources to identifying the person involved and bring him to justice.”

Anyone with information is asked to contact the Dearborn Police Department at 313-943-2241 or CrimeStoppers at 800-SPEAKUP.