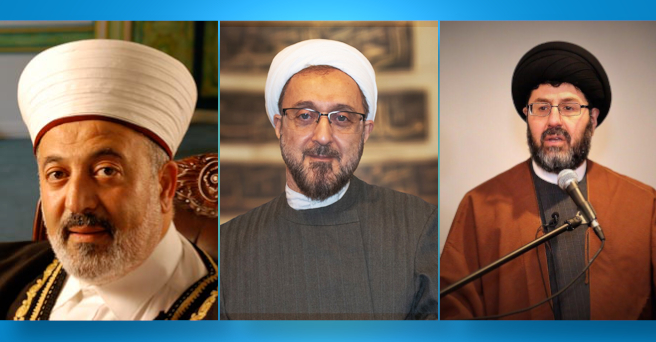 With COVID-19 cases continuing to surge in the area, religious and community leaders are urging people to take caution around the holidays.

The Wayne County Health Department COVID-19 dashboard shows Dearborn still in the lead for total cases and deaths. County-wide cases continue to average well above 500 a day and hospital emergency rooms, like those across the country, are currently operating either in full or over capacity.

State records show an increase of some 100,000 cases in the last month alone.

With a new highly infectious variant — Omicron — now in the mix, the state is receiving an emergency response team from the federal government. President Biden has also approved delivery of 500 million free, at-home rapid tests nationwide.

The FDA has also approved a Pfizer pill to be used at home to treat COVID-19 infections. A day later, regulators authorized a second at-home pill. The need for these resources definitely shows the state, and the country, are in the grips of a COVID-19 surge, like the ones seen in seasons past.

“Our hospitals and health care workers have been working tirelessly for nearly two years and they are at a breaking point,” Governor Whitmer said. “We are in for a tough four to six weeks, but I know we can get through it if we all do our part and effectively utilize the resources being sent to us by the federal government. There are steps every Michigander can take to protect themselves and alleviate the burden on our hospitals and health care workers.”

Those steps include vaccinations and boosters, especially before seeing family over the holidays.

But state data shows only some 56 percent of the total population has been “fully vaccinated”, meaning they’ve received more than one dose. Though vaccination rates continued to edge ahead, vaccine hesitancy continues to be a problem, especially when health officials are strongly recommending boosters to fight variants.

In addition to vaccines and boosters, the CDC says mask usage and testing are key ways to fight the spread of Omicron, especially as people prepare to gather for holidays.

“People prefer not to listen”

In the Arab American enclaves like Dearborn, the community is tight-knit and is often culturally obliged to get together. For example, with relaxed restrictions over the last year, those cities have seen a return to large weddings.

Many believe they will not catch the virus, until they do. – Imam Mohammad Mardini

The Arab American News spoke to religious leaders from some of the area’s major mosques about the challenges of insuring the community modifies the large gatherings and customs they were used to before the pandemic.

Imam Mohammad Mardini of the American Muslim Center in Dearborn said he continues to see a concerning trend of people throwing caution aside to gather in large groups during the surge.

“Many believe they will not catch the virus, until they do,” Mardini said.

The mosque has pushed for vaccinations, has setup vaccination drives and has strict masking requirements inside the prayer hall.

“We give them what we call the religious conscience, saying ‘do not throw yourself in difficulties and do not put others in danger,'” Mardini said. “Some respond, (but) others don’t.”

Mardini said the Holy Quran is very explicit about instructions not to harm oneself and others. Modifying group activities like weddings and family get-togethers is a necessary step in that context.

“I myself discourage them not to attend large gatherings, have small wedding parties at this time, taking note of (infection rates) in the community, and keep it at close family,” Mardini said.

Mardini has also encouraged remote ceremonies through ZOOM, delaying weddings till the weather changes and parties can be held outside or holding smaller parties with masks. Despite his efforts, those large gatherings, with few taking necessary precautions, have continued.

(At the height of the pandemic last year) no matter how hard we tried to inform the community, they still went ahead with social gatherings, parties and weddings. People prefer not to listen. — Imam Ibrahim Kazerooni

“Preaching to people is something, convincing people to practice is a totally different thing,” Kazerooni said. “We haven’t been able to literally get to the heart of people and convince them, particularly as they have the false impression that they have been vaccinated, it has given them a false sense of security.”

Kazerooni said he saw a similar difficulty at the height of the pandemic last year.

“No matter how hard we tried to inform the community, they still went ahead with social gatherings, parties and weddings,” he said. “People prefer not to listen.”

Kazerooni said he has witnessed this at his mosque. Though many sanitize their hands and wear masks when entering the mosque, as is required, they will soon take off those masks when they enter the prayer hall, or any other hall, for weddings or anniversaries.

Religious leaders are in a difficult spot especially when it comes to weddings. When officiating them, Kazerooni ensures social distancing practices. But only 5 to 10 percent of the wedding parties are organized at the Islamic Center.

“The rest of them are organized at banquet halls, and unfortunately we have no influence on those businesses,” Kazerooni said.

Some of those banquet room wedding parties can include close to 1,000 guests, not unheard of during this pandemic peak.

Kazerooni said that the community should know that the message of the grand scholars of the faith is that putting others’ lives at risk because of one’s actions is religiously not allowed.

“I have been advising the community since the vaccines came out to go and get vaccinated and repeatedly encouraged in my sermons not to give in to rumors and conspiracy theories,” Qazwini said. “Even now, I tell them there is a religious obligation for them to get vaccinated and protect themselves and save lives.”

Many people feel a sense of indifference (these days). Some will tell you they don’t care anymore. It’s been almost two years since people began experiencing (the pandemic). — Imam Sayed Hassan Qazwini

But Qazwini said it is very difficult to convince people not to congregate for various events.

“Many people feel a sense of indifference (these days),” he said. “Some will tell you they don’t care anymore. It’s been almost two years since people began experiencing (the pandemic). Obviously, I am not supporting their rationale, but we also understand where people come from and have to be realistic about not suggesting things that people will not adhere to.”

Qazwini still urges followers that if they have to meet in large groups, they should get their vaccines and boosters and mask up.

Still, he said he has noticed mixed feelings from the community regarding COVID-19.

“Some support what I say strongly, and even demand I mention (staying safe) more, but others believe in conspiracy theories,” he said.

Qazwini said his message has been the same throughout the pandemic — that it is a religious, Islamic obligation for the community to keep themselves and others safe.