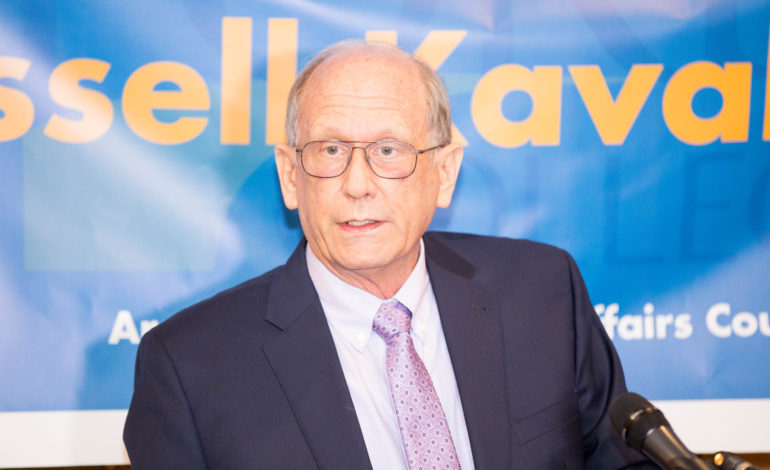 The passing of a longtime local teachers union president and college professor is being mourned by many in the Dearborn community.

John McDonald served as the president of the Henry Ford College (HFC) Federation of Teachers, Local 1650 for an unprecedented 43 years and was a faculty member at HFC for nearly 53 years.

McDonald also served as the American Federation of Teachers (AFT) national vice president since 2012 and was re-elected in 2020.

McDonald is survived by his wife of 16 years, Denise, his four children, two step-children and several grandchildren.

The college said that when McDonald joined the faculty of HFC (then Henry Ford Community College) in 1969, he did not plan to spend his entire career there.

“I had fellowship offers to pursue a Ph.D. in the U.S. and overseas,” he said. “These were rescinded because I was subject to the Vietnam War draft. I did not serve in the military, but I have the highest respect for those who sacrificed and served. I soon saw that a career spent teaching working-class, first-generation and immigrant community college students would serve our community and country and give students the opportunity to achieve, as HFC and its faculty had done for me.”

McDonald was also active in representing teachers’ union interests in the combined Dearborn School District and HFC board. Being an astute political operative, he also had a longtime relationship with the local Arab American community.

Founders of the Arab American Political Action Committee (AAPAC) also remember him for his tenacity and forthrightness when it came to dealings on local education issues, even though the organization and McDonald didn’t always see eye to eye on some matters.

“He was a great person who really worked very hard and had a great impact on Dearborn’s educational institutions, and Dearborn in general,” said local attorney Abed Hammoud, a founding member of AAPAC. “He really cared about the things he was fighting for.

“Even when we were (political) adversaries, he was what I would call a worthy adversary, who always played by the rules,” Hammoud added.

But over time, McDonald also proved to be a friend and reliable ally of the community and collaborated with it on many school issues.

“He was a fighter and alway stood his ground,” said The Arab American News Publisher Osama Siblani, also an AAPAC founding member. “He fought for his union until the last breath he took.”

McDonald was a student at HFC from 1964-66. He transferred to the University of Michigan in Ann Arbor, where he earned both his bachelor’s and master’s degrees in English. He began teaching at HFC in 1969, focusing on 19th century American literature and English composition.

In 2018, to celebrate of McDonald’s 40th anniversary as president of Local 1650, his fellow officers in the union dedicated the Library of Labor Studies on the first floor of the Eshleman Library on the main campus, in his honor.

“President McDonald was the consummate teacher, including teaching me about many topics,” said HFC President Russell Kavalhuna. “I learned a lot from him and I am grateful for that. His knowledge of the College and community were invaluable during the years we worked together. He worked hard on behalf of students and faculty and he will be well remembered at Henry Ford College. John was a good man. I am better for having known and worked with him.”