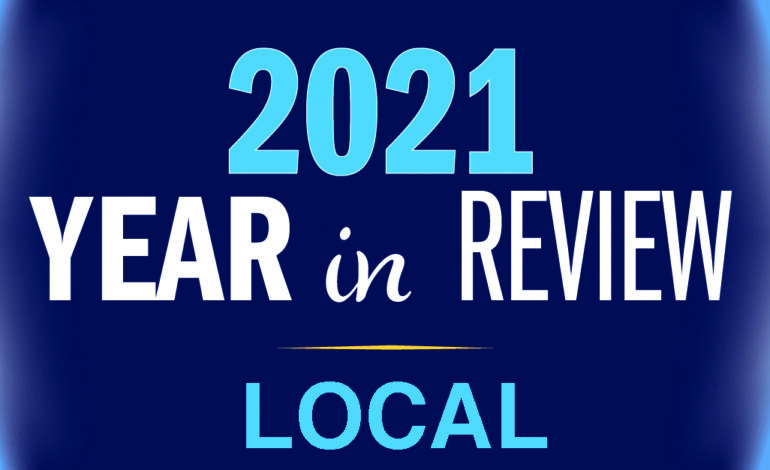 COVID-19 and deaths continued to besiege local communities in addition to the floods that devastated many residents in Southeast Michigan and in particular those who live in Wayne County — especially in Dearborn and Dearborn Heights, where more than 12,000 homes in Dearborn alone were damaged by the flood. Despite deaths, COVID and flooding, Arab Americans made history in 2021 elections by garnering for the first time three mayoral seats in Dearborn, Dearborn Heights and Hamtramck. They also made advances on City Councils in the three cities, electing an all-Muslim government in Hamtramck.

After months of being at a stalemate about filling a vacant City Council seat, following the death of the late Mayor Daniel Paletko, the Dearborn Heights City Council finally reached an agreement and appointed Mo Baydoun to fill the seat of Lisa Hicks-Clayton, who had been elected treasurer in 2020. Once Baydoun was appointed, the Council voted on a selection of five mayoral candidates and then-Councilman Bill Bazzi was appointed as the first Arab American mayor of Dearborn Heights. Zouher Abdel-Hak was then appointed to fill Bazzi’s vacant seat left and Councilman Dave Abdallah was appointed to be the council chair pro-tem. Bazzi then went on to announce his candidacy for mayor in the November election.

Following former Council President Susan Dabaja’s declaration of a mayoral campaign in late 2020, State Rep. Abdullah Hammoud (D-Dearborn) announced his candidacy in early 2021. Following this, longtime Mayor Jack O’Reilly Jr. stated that he would not be seeking re-election. This marked the first time in 14 years that the city would have a new mayor and all seven City Council seats were also up for grabs. While Tom Tafelski, Hussein Berry, Gary Woronchak, Jim Parrelly and Kalette Shari Willis also announced their candidacies for mayor, this election marked the potential for the city to see its first Arab and Muslim mayor. Dearborn native Houssain “Sam” Sareini became one of the first Arab American Muslims to command a U.S. Naval ship after nearly 27 years in the Navy. Sareini is the brother of Dearborn Councilman Mike Sareini and the son of former Dearborn Councilwoman Suzanne Sareini.

Mike Jaafar, a Dearborn native and Fordson High School alum, was promoted to undersheriff of Wayne County, making him second in command under Wayne County Sheriff Raphael Ray Washington and the first Arab American to hold the position. Jaafar became a Detroit police officer in 1994 and moved to the Wayne County Sheriff’s Office in 2009.

The Michigan Independent Citizens Redistricting Commission (MICRC) met in Dearborn to address redistricting in the state. In 2018, voters approved the creation of the MICRC under Proposal 2 in an effort to lead Michigan’s redistricting process to assure Congressional, State Senate and State House district lines are drawn fairly in a citizen-led, transparent process, while also meeting constitutional mandates.

More than 150 residents from all over Downriver attended the event to provide their input on the redistricting, which was approved early this year.

In late June, communities across Wayne County were hit with heavy rains that resulted in mass flooding, becoming the third devastating flood to hit Dearborn in eight years. Governor Whitmer declared a state of emergency and toured with FEMA representatives evaluating the damage throughout the community. President Biden also declared a national disaster in Wayne County.

While residents were cleaning up from the first flood in June, some packed the Dearborn Administrative Center (DAC) to capacity to voice their concerns at a City Council meeting. With a heavy police presence, residents approached the podium one by one to tell their stories of their damaged property and homes and demand accountability. Residents also began questioning Mayor O’Reilly’s ability to lead as he had remained silent while the city was under water. Residents also questioned his health and questioned the Council members as to why they allowed him to continue his term as mayor if they knew he was in poor health.

In the August primary election, there was a record  voter turnout in Dearborn and Arab Americans led Dearborn, Dearborn Heights and Hamtramck in the mayoral races in each city. In Dearborn, State Rep. Abdullah Hammoud received 42 percent of the vote. Gary Woronchak narrowly beat Susan Dabaja and went on to face Hammoud in the  November general election.

In Dearborn Heights, Bill Bazzi had 63 percent of the vote over Council Chairwoman Denise Malinowski-Maxwell. In Hamtramck, Yemeni American candidate Amer Ghalib received the most votes and was set to face off against long-time mayor Karen Majewski in the general election.

Arab Americans made history on November 2

During this election, Dearborn voters also selected a nine-member Charter Commission to review the city’s charter. On Nov. 30, a 15-year-old student at Oxford High School opened fire and killed four students and injured seven others, including one teacher. While this was the first school shooting incident in Michigan and the deadliest in the nation since 2018, this was the 29th reported school shooting in 2021 across the country. The shooter was charged as an adult and his parents were also charged. As the student and his parents had been called to a meeting in the principal’s office just hours before the shootings occurred, lawsuits were also filed against the school district and some district employees.

Following the Oxford tragedy, more than 60 students across Metro Detroit were charged with making threats against their own schools, and even one teacher was charged.

While the COVID-19 pandemic raged on, in January 2021 vaccines began to be rolled out and Governor Whitmer lifted all state restrictions on July 1. After a fourth COVID-19 surge and new variants, the FDA authorized pills from both Pfizer and Merck to help fight the virus. The pills were authorized for those with early symptoms who are at higher risk of hospitalizations.

Hammoud selects Issa Shahin as next Dearborn chief of police