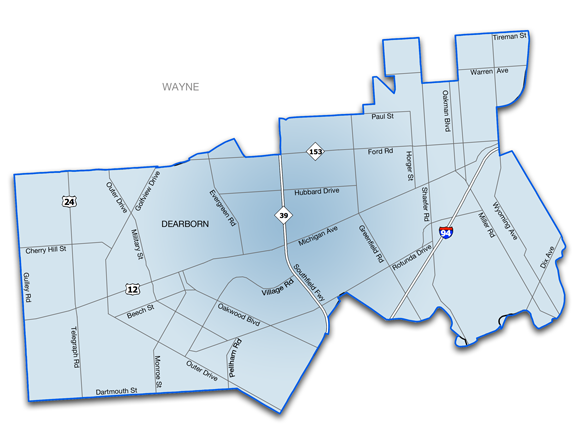 DEARBORN — Three names have emerged as contenders to fill out the State House seat vacated by Dearborn Mayor Abdullah Hammoud through the end of the year.

Wayne County Clerk records show three people are now in the race for the State House District 15, which encompasses most of Dearborn.

On the Democratic ticket are Alabas Farhat and local attorney Jeffrey Pepper. One Republican, Ginger Shearer, formerly known as Virginia Polk, is also in the race.

Governor Whitmer announced last week that she had sent a letter to Secretary of State Jocelyn Benson calling for a special election to fill Hammoud’s former seat in the Michigan House of Representatives.

The governor called for a special primary election on March 1 and a general election on May 3. The winner will finish out Hammoud’s term through the end of the year.

The area that the 15th House District covered is now slated to fall under entirely new district maps, finalized by the bipartisan Michigan Independent Citizens Redistricting Commission (MICRC) in late December. The Commission finalized maps that were supposed to become law on Dec. 31, but their decisions now face a legal challenge, with more challenges expected in the future.

Thus far, those running for the currently vacated District 15 seat have not publicly expressed their intentions for the August primary and November general elections that choose representatives for the new district maps created by the Commission. The previous 15th House District covered all of Dearborn except for three eastern precincts. Comparatively, the Commission’s Third District comes closest to that previous seat. Additionally, new neighboring districts that cover Arab American enclaves in that area have the potential to see multiple candidates from the local community running for House seats, though the new district maps do somewhat fragment the community and mix it with non-Arab American concentrated precincts.

The Commission’s final maps can be seen on the MICRC website at Michigan.gov/micrc/

State representatives perform the important duty of coordinating local interests and priorities in the state’s legislature in Lansing. This includes securing funding for major infrastructural improvement projects, addressing staffing shortages in schools and other issues that affect residents in their districts.

“To me a state representative is someone who fights for their district in Lansing,” Farhat told The Arab American News this week.

He spoke of some pressing infrastructure needs in the district.

“It’s addressing our sewage system… helping appropriate funding and working hand-in-hand with our city government to bring in funding for sewage infrastructure programs and projects,” he said, undoubtedly referring to severe sewage backups from heavy rainfall and flooding in Dearborn and other southeastern Michigan communities last summer. “We also need investment in green infrastructure and funding to help our roads and bridges.” To me a state representative is someone who fights for their district in Lansing. — State House District 15 candidate Alabas Farhat

Farhat currently runs government affairs for the Wayne County Executive’s Office, an appointed position, and said he believes his work experience can be an asset that can benefit residents of the district.

“Working closely with Cares Act and American Rescue Plan dollars and understanding of state, local and county level policy will definitely help empower me as a state rep for this district, to be able to identify areas in which we can bring funding for the problems we’re facing,” he said.

Pepper was not available for comment by press time. Look for more in-depth profiles on the candidates in The Arab American News in the coming weeks.