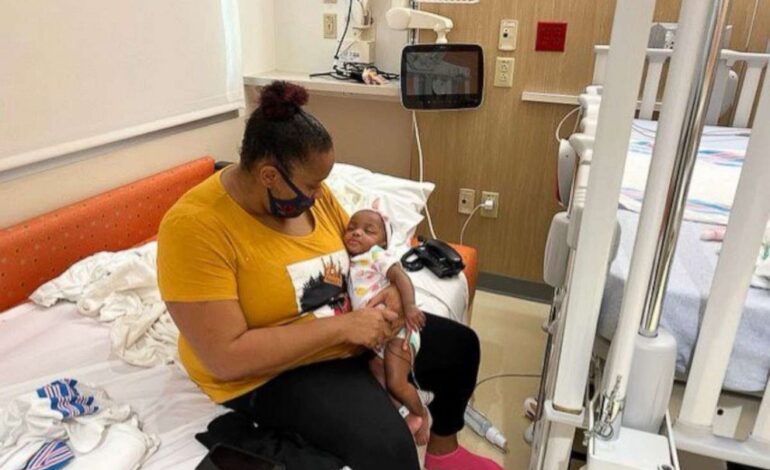 Data collected by the American Academy of Pediatrics (AAP) from across the nation show alarming levels of COVID-19 infection among children.

The definition of “child” cases is based on varying age ranges reported across states. For Michigan, that age range is everyone under 19-years-old.

The AAP says child COVID-19 cases among children have spiked dramatically across the U.S. during the Omicron variant surge.

Child cases continued to rise in the past week, with nearly 1,151,000 cases reported between Jan. 13 and Jan. 20, nearly five times the rate of the peak of last winters’ surge. That is a 17 percent increase over the 981,000 added cases reported the week ending Jan. 13 and a doubling of case counts from the two weeks prior.

Since states began reporting data at the onset of the pandemic, more than 10.6 million children have tested positive for COVID-19. The AAP also says that for the 24th week in a row, child COVID-19 cases are above 100,000. Since the first week of September, there have been nearly 5.6 million additional child cases.

Cumulatively, children had represented 18.4 percent of total COVID-19 cases. But over two weeks (Jan. 6 to Jan. 20), there was a 25.2 percent increase in the cumulated number of child COVID-19 cases since the beginning of the pandemic.

In Michigan, the AAP report shows 34 total child deaths have been associated with the disease, which can be very serious in the young.

The most recent COVID-19 surge, the most intense one yet, has pushed health officials to also approve the use of vaccines among younger Americans. This includes the approval of booster shots for adolescents 12- 17-years-old five months after their primary series of shots.

In early January, CDC Director Dr. Rochelle Walensky said that unvaccinated 12- to 15-year-olds are 11 times more likely to end up in the hospital than vaccinated children in the same age group. Additionally, kids under 5 are particularly vulnerable during the Omicron surge because they are not yet eligible for vaccination.

Teachers and students have expressed concerns about catching and spreading the virus through in-person schooling in the state. Last week, a Fordson High School teacher publicly expressed concerns that learning face-to-face is a liability and that he didn’t feel the district had “our safety in mind.”

That teacher and others began an online petition asking the district to return to online learning during the surge, citing “low vaccination rates, lack of COVID protocols and burnt-out staff.”

Superintendant Glenn Maleyko responded by saying the district makes data-based decisions and that it did not feel online learning was needed at this time. He did say that the district is “prepared to go online if need be.”