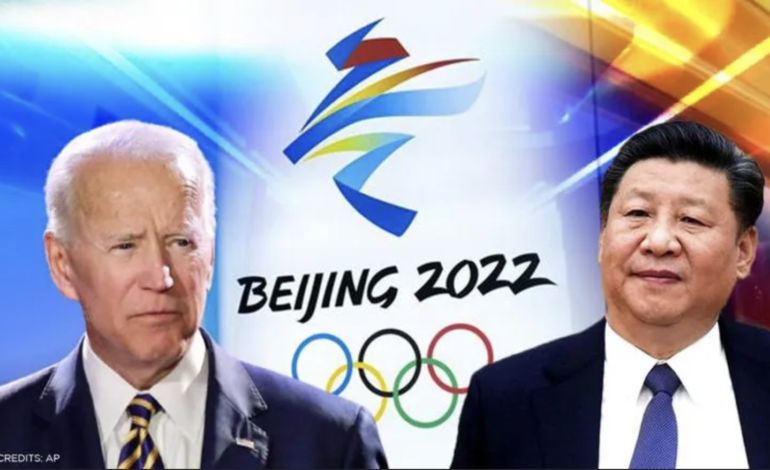 The diplomatic boycott of the Beijing Winter Olympic and Paralympic Games may go down in history as the official start of the cold war between the U.S., a handful of its allies and China. The American strategy, however, of using boycotts to pressure Beijing in the name of “human rights”, may prove costly in the future.

On December 6, Washington declared that it would not send any diplomatic representation to the 2022 Winter Olympic Games in Beijing. In subsequent days, the U.K., Canada and Australia followed suit.

The official American line claims that U.S. diplomats will not participate in the event in protest of the “human rights abuses… in Xinjiang.” That claim can easily be refuted by simply recalling that the U.S. has taken part in the Beijing 2008 Summer Olympics.

Then, claims of human rights violations in China were hardly a priority for the Americans, for one single reason: The thriving Chinese economy was the last line of defense that saved the global economy from total collapse, itself a result of the gross mismanagement of the U.S. economy and malpractices of America’s largest banking institutions.

“Since the onset of the global financial crisis in 2008, one country more than any other has provided the ‘heavy lifting’ to support global economic growth,” Stephen King wrote in the Financial Times in August 2015.

Things have changed significantly since then. China emerged as a global economic power, which is increasingly replacing the U.S. and its allies on the world’s stage. Desperate to recover from their economic woes — worsened by unhindered military spending on seemingly endless wars — the U.S. has been waging a different kind of war against China. This economic war, which began under Barack Obama’s administration in 2012, and accelerated under Donald Trump’s administration, continues under the administration of Joe Biden.

However, forcing a country the size of China to compromise on its economic growth merely to allow Washington to sustain its global dominance is easier said than done. Additionally, it is utterly unfair.

Using a sports boycott to make a point that Washington still has plenty of options has actually resulted in the opposite. Only three other countries have agreed to join the American diplomatic boycott, a negligible number if compared to the 20 African countries that refrained from participating in the 1976 Montreal Summer Games in protest of the New Zealander participation. The latter was criticized for validating the South African apartheid regime when their rugby team had toured South Africa in that same year.

The U.S. and three of its allies want us to believe that their diplomatic boycott is motivated by principles, namely, though not exclusively, in defense of China’s Uyghur Muslims. If that was the case, what is one to make of the U.S.-led wars on Muslim countries over the last two decades? What kind of human rights standards did Washington apply when it waged war on Afghanistan in 2001 and invaded Iraq in 2003?

Earlier, in the Mexico City Olympics of 1968, 38 countries had refused to participate in protest of the admission of South Africa into the Olympics. Despite the initial decision by the International Olympic Committee (IOC) to allow South African participation, international pressure led by African nations succeeded in the expulsion of the apartheid country — which was excluded from the international event until its re-admission in 1992.

The U.S. and three of its allies want us to believe that their diplomatic boycott is motivated by principles, namely, though not exclusively, in defense of China’s Uyghur Muslims. If that was the case, what is one to make of the U.S.-led wars on Muslim countries over the last two decades? What kind of human rights standards did Washington apply when it waged war on Afghanistan in 2001 and invaded Iraq in 2003? Tellingly, and ironically, the same three countries — the U.K., Canada and Australia — actively participated in America’s military misadventures that have claimed countless Muslim lives and destroyed entire countries.

The fact that only three other countries have adhered to the American call for a diplomatic boycott also illustrates the weakening grip of Washington over international affairs. It is worth mentioning that the European Union has refused to join the U.S. in its latest foreign policy intrigue.

For its part, China criticized Washington’s position, rightly stating, in the words of its Foreign Ministry spokesperson, Zhao Lijian, that the boycott is motivated by “ideological prejudice and based on lies and rumors.”

Historically, international sports events have been politicized in two different ways: First, morally-driven boycotts based on an ethical agenda, like the boycott of South African apartheid and so on; and second, purely political boycotts that are instituted to serve a political agenda or to isolate host countries as a form of economic pressure. An example of the latter was the U.S.-led boycott of the Moscow Summer Olympics of 1980, for which the Soviet Union and their allies retaliated by boycotting the Los Angeles Summer Olympics of 1984.

The American diplomatic boycott of the upcoming Chinese Olympics is an example of a politically-motivated boycott. The fact that it is a diplomatic boycott only, as opposed to a full boycott, is most likely compelled by Washington’s fears that a full-fledged boycott would only serve to illustrate its own isolation in the international arena.

Keeping in mind existing global divisions and the need for international unity to confront collective crises — such as that of the environment, deadly pandemics, among others — delving back into yet a new cold war will serve no purpose, aside from harming millions of people around the world for no fault of their own. What is required is dialogue, one that aims at providing equitable opportunities for all nations to grow and prosper.

That said, the age of global hegemony is coming to an end and no amount of self-serving boycotts or trade wars will alter this unavoidable fact.