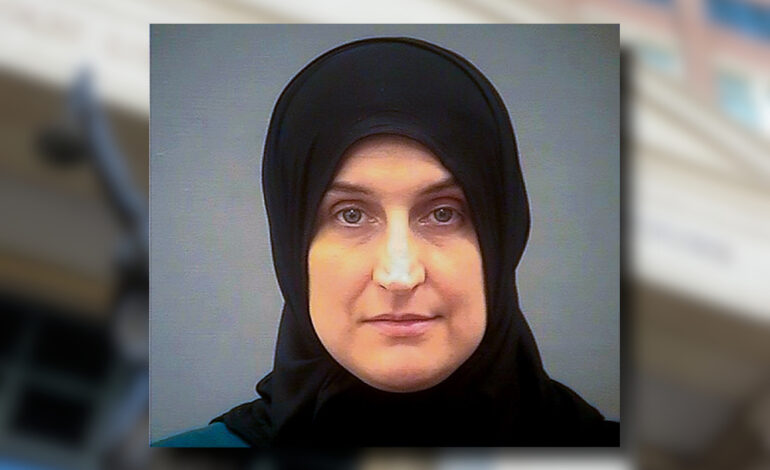 The U.S. Justice Department (DOJ) has alleged an American woman, Allison Fluke-Ekren, 42, of organizing and leading an all-female military battalion on behalf of ISIS.

The DOJ has charged Fluke-Ekren with providing and conspiring to provide material support to ISIS, which the U.S has designated a foreign terrorist organization.

Fluke-Ekren is a former resident of Kansas and last worked in the U.S. as a teacher.

Since her departure from the U.S., Fluke-Ekren has allegedly been involved with a number of terrorism-related activities on behalf of ISIS from at least 2014.

The DOJ says these activities allegedly include planning and recruiting operatives for a potential future attack on a college campus inside the U.S. and serving as the appointed leader and organizer of an ISIS military battalion, known as the Khatiba Nusaybah, in order to train women on the use of automatic firing AK-47 assault rifles, grenades and suicide belts.

Fluke-Ekren is also alleged to have provided ISIS members with services, including providing lodging, translating speeches made by ISIS leaders, training children on the use of AK-47 assault rifles and suicide belts and teaching extremist ISIS doctrine.

The unsealed DOJ criminal complaint against Fluke-Ekren details eyewitness observations of six separate individuals who collectively observed her alleged terrorist conduct from at least 2014 through approximately 2017.

She allegedly considered any attack that did not kill a large number of individuals to be a waste of resources.

Fluke-Ekren allegedly had a leadership role in the Khatiba Nusaybah. A witness said that around 2016, the “Wali” (or ISIS-appointed mayor) of Raqqa, Syria, permitted the opening of the “Khatiba Nusaybah”, which was a military battalion comprised solely of female ISIS members who were married to male ISIS fighters. Shortly thereafter, Fluke-Ekren allegedly became the leader and organizer of the battalion.

The AP says prosecutors believe she moved to Syria around 2012. In early 2016, her husband was killed in the Syrian city of Tell Abyad while trying to carry out a terrorist attack. Later that year, she married a Bangladeshi ISIS member who specialized in drones, but he died in late 2016 or early 2017.

Fluke-Ekren is charged with providing and conspiring to provide material support or resources to a foreign terrorist organization. If convicted, she faces a maximum penalty of 20 years in prison. Actual sentences for federal crimes are typically less than the maximum penalties. A federal district court judge will determine any sentence after taking into account the U.S. Sentencing Guidelines and other statutory factors.

Fluke-Ekren made her first court appearance on Monday in Alexandria, Virginia.

U.S. Attorney Raj Parekh, who is one of the attorneys  from the Eastern District of Virginia prosecuting the case, told the judge that Fluke-Ekren’s parents and adult children had all said they wanted no contact with her.

A blog kept by the Fluke-Ekren family, called 4KansasKids, show her and her children in traveling between Kansas and Egypt in 2008, posing for photos at the base of the pyramids in Egypt.

The DOJ says Fluke-Ekren was previously apprehended in Syria and transferred into the custody of the FBI yesterday, at which point she was first brought to the Eastern District of Virginia.