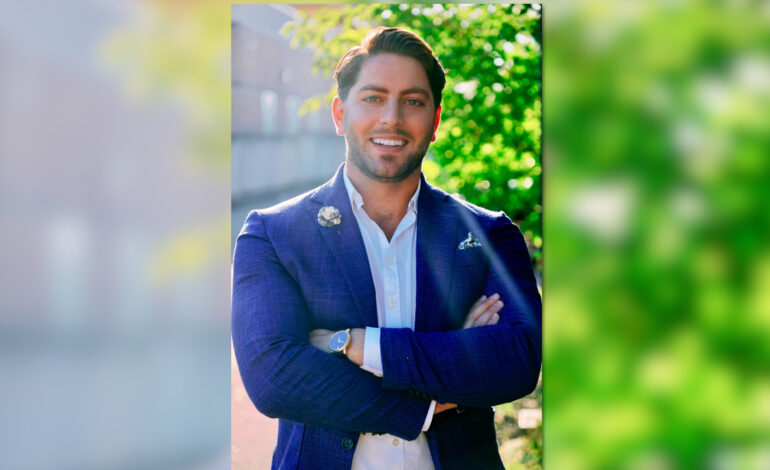 At a café in the recently completed Wagner Place on Dearborn’s west side, we spoke with entrepreneur Hussein Anani, 32, about a publicly traded company called Sibling Group Holdings (SIBE) he acquired control of this past summer.

Anani is a Dearborn native and graduate of the Mike Ilitch School of Business who went on to study international business strategies at Shanghai University in China. He currently co-owns a Detroit-based glazing contracting firm.

When it comes to business, Anani has found that creative thinking can go a long way. With the current economic conditions and conventional financing methods, he saw a new market opportunity to join in on the sandbox occupied by the likes of the inventive Chamath Palihapitiya and the outspoken Bill Ackman.

“What if I created a company whose investors were not partners waiting on their take, but shareholders, rewarded by the success of the company’s performance instead?” he said.

Trying to hold back a small grin, Anani spoke enthusiastically about the idea.

“After researching the requirements for an IPO with the SEC (Securities and Exchange Commission), we found it to be a long and somewhat complicated path forward,” he said. “That’s when we started the pursuit of an already listed company.

“That was the approach we took; we’re entering the stock market in a different way — via a reverse merger. Our investors would be shareholders and we get to keep the 20 percent under our roof for our employees and stakeholders that a Special-Purpose Acquisition Company, or SPAC, normally would have cost us in achieving the same end.”

Anani explained that acquiring a publicly traded corporation meant challenging the limitations that an individual far from the stock exchange would expect to face.

“We researched over 50 different corporations that were candidates for a sale and started to see a pattern in our deep dives — all of them were penny stocks with problems,” he added.

Problems, according to Anani, varied from bad actors to outright crime. But not all of them had reached the point of no return. According to Anani, some of the companies were simply failing to some degree to stay current with their SEC filings, with leadership that had given up on any path forward.

In July, after months of research and aborted deals, he came across his best candidate, a company called Sibling Group Holdings, Inc., whose most egregious failures could be corrected by catching up with its SEC financial filings, which were due by September 28.

What made Sibling most attractive was that its listing on the OTC stock exchange was still active. Its stock still held value for the time being.

However, its current ownership had no plans to complete the regulatory paperwork by the September deadline.

In the end, I see this as a great benefit for small and medium-sized businesses to access larger capital markets via retail investors. — Hussein Anani

To ensure the company he wanted would remain viable, Anani and his team had to work fast. With the help of Ty Putrich, a longtime advisor with an extensive background in corporate affairs, Anani was able to gain control of Sibling at the end of July. The process of bringing Sibling current then became a race against time.

By the skin of their teeth, Anani’s team met all requirements, finally priming the company for its next opportunity. Along the way, they worked with existing preferred shareholders to convert their shares to common stock for liquidity benefit.

“To put this all in perspective: With a $100k budget, we essentially achieved the same thing as the $832M used by DWAC — a SPAC deal with former President Trump,” Anani said.

Due to insider trading regulations, he is unable to disclose specifics of the upcoming merger.

With the ideal corporate structure now securely in place, Anani says the real work has begun and that at present, the work of finding a plan with maximum reward and minimal risk in an expected reverse merger is the challenge.

Using the same out-of-the-box approach they adopted with the acquisition, Anani and his team are confident they can create the shareholder value that was the driving vision for Sibling Group in the years to come.

In his hopes to shake up a conventional system that “we call our financing institutions,” Anani concluded:

“In the end, I see this as a great benefit for small and medium-sized businesses to access larger capital markets via retail investors.”