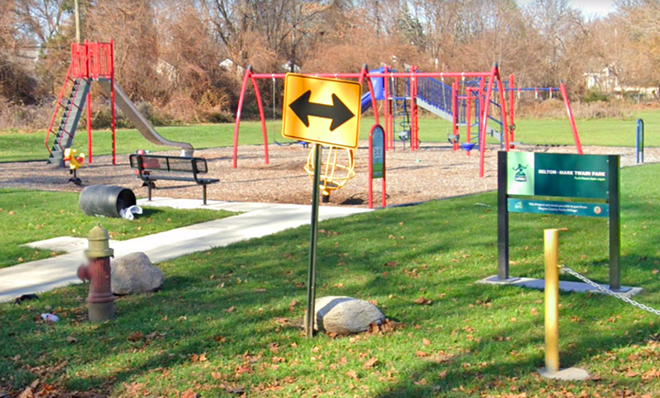 DEARBORN — In honor of Black History Month, The Islamic Center of Detroit (ICD) is proposing to renovate and rename the Belton Mark Twain Park.

The ICD is located in District 7 at the Detroit-Dearborn border and is hoping to be able to renovate and remodel the park, located at Belton Ave. and Mark Twain Street, and rename it Muhammad Ali Park.

The ICD has adopted the Detroit-owned park and has generated funds to improve it to make it a state-of-the-art family park all residents in Detroit and Dearborn can enjoy.

The renovation plan includes adding a children’s playground, a basketball court, a running and walking track, a soccer field and picnic area. The new design is meant to make the park a safe, pleasant and family-oriented park open to all in the nearby neighborhoods.

The ICD will also work with the authorities to keep the park well maintained.

The American Human Rights Council (AHRC) is supporting the project and said it believes it will improve the quality of life for the residents in the area.

For more information and details regarding the project, the ICD can be contacted at 313-584-4143.

“The ICD is hopeful that this project will be completed by the upcoming summer so residents can enjoy it this summer,” a press release issued by the AHRC read. “The ICD launched a public campaign urging the public, especially residents of District 7 and neighbors, to sign a petition to rename the park as ‘Muhammad Ali Park.’”

Residents can fill out the online forms or call District 7 at 313-236-3540 to show support for the project.