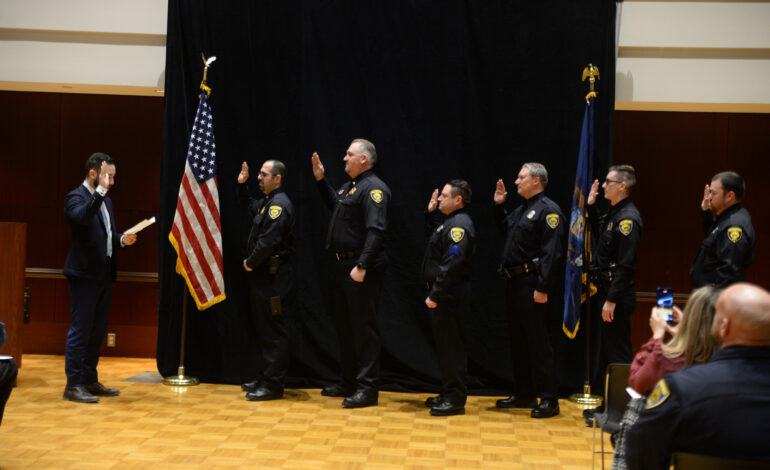 In a heartfelt ceremony that included family and Dearborn Police colleagues, Shahin kicked off the proceedings by welcoming the new officers, congratulating the promotees and thanking the families for their sacrifice and support.

“To our new officers Paul Tepatti, Jacob May and Grant Webb, welcome to the Dearborn Police Department,” he said. “You’re joining a top-class organization, one of the best in the nation. I know that your promotions will improve the police department and push us to higher ground… I’m incredibly proud to be part of this family.”

Hammoud administered the oath of office for the six Dearborn Police officers at the Ford Community and Performing Arts Center.

The oath of office was administered to the following police personnel: