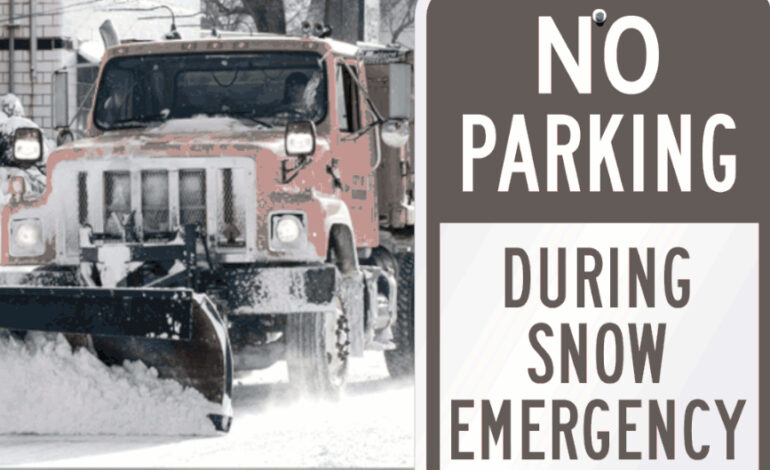 DEARBORN — The city of Dearborn has declared a snow emergency, effective 6 p.m. on Thursday, Feb. 17. The emergency will remain in effect until 6 p.m. on Friday, Feb. 18.

Mayor Abdullah Hammoud made the announcement ahead of possible of snow accumulations between four and eight inches, according to the National Weather Service.

Dearborn’s Department of Public Works (DPW) has begun salting road as of 3 p.m. on Thursday and will continue salting through the evening to prevent ice accumulations.

The city says all vehicles must be removed from the streets by 6 p.m. on Thursday to allow for safe and efficient snowplowing. Emergency sirens will sound at 6 p.m. on Thursday and parking enforcement will begin early Friday morning. Tickets for vehicles parked during a snow emergency are $80. Alternate parking areas are available for residents who do not have driveways. A list of streets and parks where vehicles can be temporarily parked during a snow emergency can be found at cityofdearborn.org/services/public-works/snow-removal. They are also included below.

Neighborhood streets will be plowed within 24 hours after the snowfall concludes.

Across Dearborn, residents can use parking lots at the city parks, especially Levagood, Crowley and Ford Field parks.

In northeast and southeast Dearborn, where the lack of driveways is more common, the city has designated specific streets residents can use temporarily during a snow emergency.